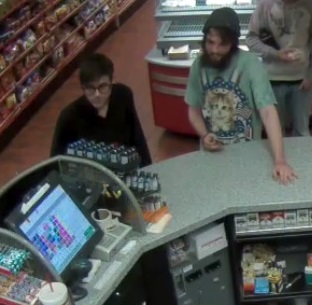 (Paulding County, GA) The Paulding County Sheriff’s Office needs the assistance of the public in identifying two entering auto/fraud suspects. On April 27, 2015 there were several entering autos that occurred on McPherson Church Road. As a result of the entering autos, one of the victims had their credit cards stolen. A short time after the cards were reported stolen, the victims alerted Detectives that the credit cards were used at the QuikTrip gas station in Dallas, GA (491 Nathan Dean Boulevard Dallas, GA 30132).

If you know who these two individuals are, please contact Detectives with the Paulding County Sheriff’s Office Criminal Investigations Division at (770) 443-3015.