A recent mailer to Paulding County property owners, or owners whose property is located within the Paulding Airport Mitigation Overlay District (PAMOD), provides background on the establishment of the zoning back in 2008, and its possible impact on property owners.

The mailer, under the header: “Property Zoning Information” urges those property owners to contact any of three county commissioners named in the mailer and ask them “to remove the Airport Overlay District and the PAMOD” and refers them to both Citizens for a Better Paulding County and/or Protect Paulding County.
According to Post 2 Commissioner Todd Pownall, the district in which the airport is located, the citizen groups had contacted the Board of Commissioners and requested more information on the zoning.
“In response to some phone calls and emails we’ve received I’m looking into it, to see how it came about, why it came about, why was it done, was it done properly, was it needed, what effect does it have on property owners, is it something that can be changed,” Commissioner Pownall said.
Additionally, the mailer alleges that “the PAMOD also places restrictions on your property that could cause it to devalue.”
According to county documents regarding the establishment of the guidelines for the PAMOD, the purpose and intent “is to reduce the potential for airport hazards...”
The PAMOD restricts, within the zoning area, air space and land uses deemed hazardous to airport operational safety and includes sections outlining general use, height restrictions, accident potential zone, and substantial noise impact areas.
Pownall said that he was just beginning to look at the PAMOD and thus unsure what FAA regulations would or would not be involved in either changing the zoning or not changing it, but in response to citizen requests he would pursue answers and he hoped he could assimilate the information over the next month or so.
Airport Director Blake Swafford, who said he’d seen the mailer, offered some background on the PAMOD and explained that the zoning was established by Planning and Zoning officials per guidelines suggested by the FAA. 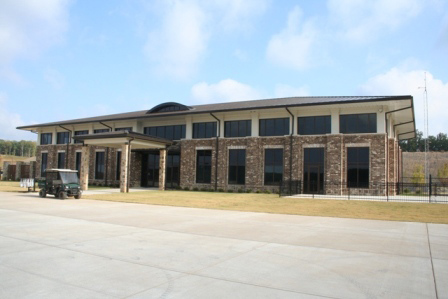 “They felt ‘here is some guidance we can use; we don’t need to reinvent the wheel, here’s what they suggest doing, so this looks good enough,’” Swafford said.
In essence the FAA only requires that airspace around an airport is managed through zoning, he said.
“What the FAA requires is for you to protect the airspace around the airport via zoning; I don’t know that you would necessarily have to have a PAMOD in place, but you’d still be required to protect that airspace through zoning, whether you have it in place or not.”
Swafford said he couldn’t say for sure, but didn’t think any new homes had been built within the PAMOD area since the zoning designation was established. But Swafford said none of the restrictions within the zoning would apply to any of the usual kinds of uses that would typically be allowable on a residential property.
“It doesn’t affect the usage of the property as a resident...the things that it prevents you from doing are things that probably no one would have ever done, anyway,” he said.
Additionally Swafford said that the PAMOD would not affect a property value since the distance of the property from the airport is the same with or without the PAMOD.
“All it’s intended to do is to notify land owners in that area, that you can’t put a cell tower here, you can’t put a 200-story building here; you can’t get into that airspace that could affect the operation of the airport, so whether you do that on a case by case basis or do it through zoning, it’s really six of one, half a dozen of another,” Swafford said.