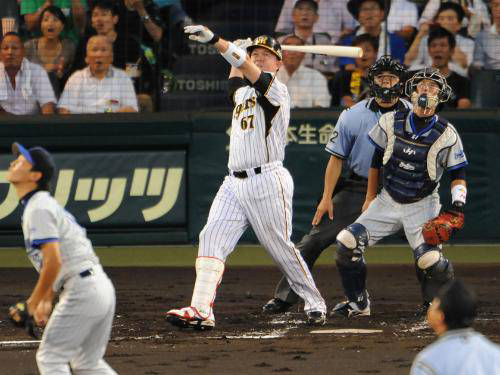 Alternative Baseball is proud to announce Craig Brazell as the first professional player to sign on for a Class B Show: Ole Time Classic II. Brazell, a Montgomery, Alabama native, played parts of 2004 and 2007 for Major League Baseball's New York Mets and Kansas City Royals, is best remembered for his tenure with Nippon Professional Baseball's Hanshin Tigers. Brazell hit an outstanding 47 home runs (off pitchers including Kenta Maeda) and a .296 average in 2010, earning himself a spot on the Pacific League squad for the 2010 NPB All-Star Game. Brazell would play professionally in Japan for the Hanshin Tigers and later, the Chiba Lotte Marines until 2014. Brazell participated in the inaugural Ole Time Classic held in Marietta, Georgia last September. We look forward to having him back for this coming event to take place at the Hiram Ruritan Ballpark on March 28th, 2020. The first pitch will be at 1 o'clock in the afternoon... The Hiram Hot Peppers, Alternative Baseball's national team, aim to bring fun to fans of all ages that'll knock their socks off!
Alternative Baseball provides an authentic baseball experience for teens and adults (ages 15+) with autism and other special needs for physical and social skills enrichment for life on and off the baseball diamond. For more information or to play/volunteer, please visit www.alternativebaseball.org.