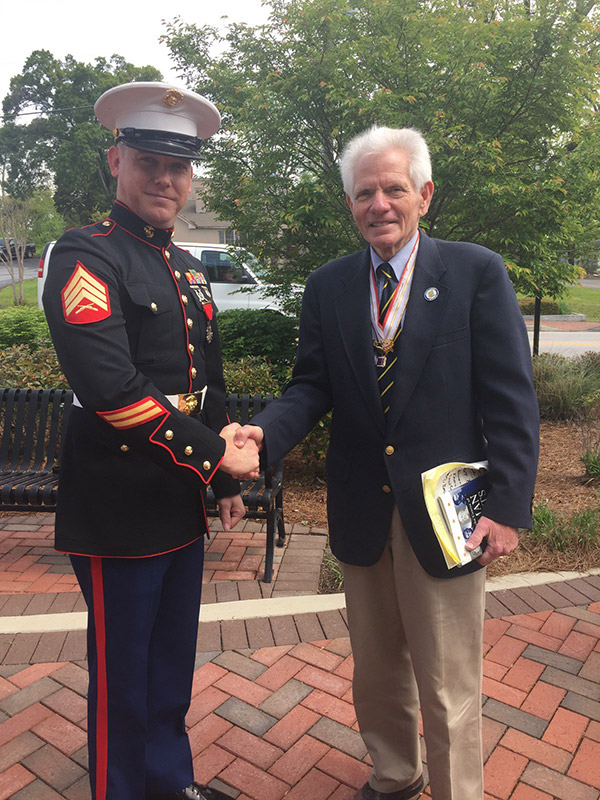 The General William J. Hardee Camp # 1397 Sons of Confederate Veterans of Dallas, Georgia met at the Paulding County Confederate Monument in Dallas, on Saturday, April 25, 2015 at 11:00 am to hold a Confederate Memorial Day Observance Service. The service was called to order by Camp Commander Wayne Willingham who asked the Honor Guard to marched in and post to the side of the monument, “next Camp Chaplain Todd Tibbitts opened the service with the reading of a letter that was written during the war by a chaplain who described a day in the field full of death and carnage, this was followed by the invocation . The War Service Medal was then presented, Cmdr. Willingham called upon recipient Phillip McClure to come to the front, Phillip was a Sergeant in the United States Marine Corp and served in Iraq, Past Cmdr-In-Chief Dr. Norman Dasinger Sr. presented the medal and plaque telling the qualifications for the award. The Award is given to any member of the Sons of Confederate Veterans who has been deployed and served in a war zone just like his ancestor had fought in the War Between the States. Sgt. McClure's ancestor was Pvt. Robert Casteel who served in Company C, 11th Georgia Cavalry and survived the war surrendering in Kingston, Georgia on the 12th day of May 1865. 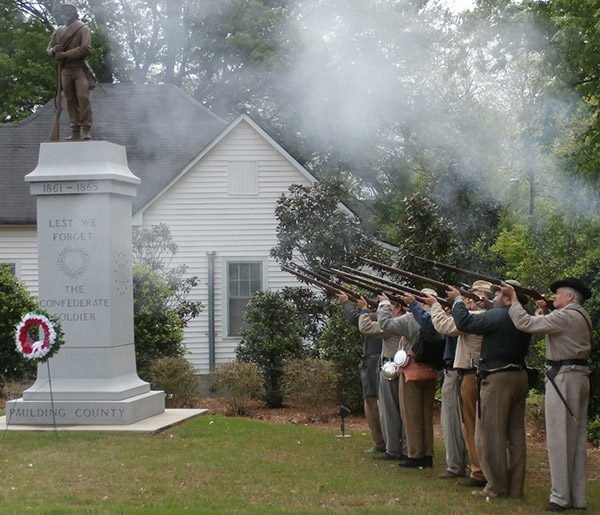 This was followed by special music from Miss Emily Willingham who played a moving rendition of “Amazing Grace ” on the flute, Emily is principle chair Flute player at Jacksonville State University in Alabama. This was followed by the Keynote speaker, Dr. Norman Dasinger Sr. a retired College Professor who still teaches graduate classes and a Past-Cmdr-In Chief of the National Sons of Confederate Veterans Organization who lives in North East Alabama, Dr. Dasinger spoke of the war and the great sacrifice that was made not only by the Southern soldier in the field but his family back at home and how the meaning of the war had changed for the north when the northern citizens were growing tired of the loses in the second year of the war and closed on how we should never forget our ancestors.
Following the speaker was the placing of the wreath of flowers at the base of the Confederate Monument by Mrs. Robert (LaGroon) Redmond, LaGroon is the recipient of the Sons of Confederate Veterans Prestigious Women’s Appreciation Medal and is Past President of the Paulding County Historical Society. This was followed by Emily Willingham playing a very moving rendition of "Dixie" on the flute. Next the Honor Guard led by Clint Morris fired a 3 round volley gun salute and after the 3 shots the assembly all sang Dixie. The service was ended by Chaplain Todd Tibbitts who gave closing words and a heartfelt Benediction. For more information on the Gen William J. Hardee Camp # 1397- www.hardeecamp1397scv.org 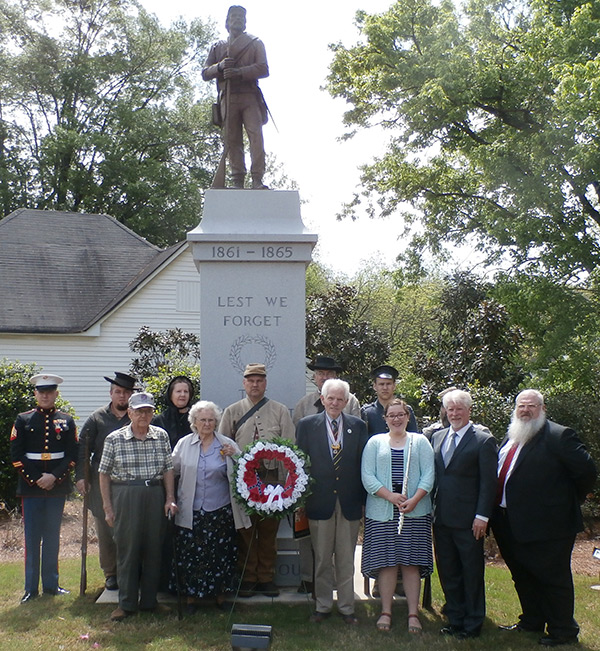