(Paulding County, GA) On Saturday, October 13, 2018, at approximately 3:42 PM Paulding E-911 received a 911 call from Georgia Power regarding damage to the large transmission power lines that come from Plant Bowen. Once the Deputy responded to the scene he did not see anything obvious and made a report of the damage to the power lines.
Later that afternoon at 5:05 PM, a subcontractor for Georgia Power was patrolling the power lines on an all-terrain vehicle looking for anything that could have damaged the lines. He subsequently discovered a small airplane that had crashed into a ditch adjacent to the power lines and then called Paulding E-911 to report what he had located. Deputies responded to the area, and with the help of the complainant, located a small single-engine plane (Piper PA-28-180) which appeared to have crashed into a bank in a low lying area. This incident occurred in an area off of Lucas Lane which is a very rural area in northern Paulding County that can only be accessed by all-terrain vehicles.
When Deputies arrived on the scene, they located the lone occupant of the plane deceased in the cockpit. The male pilot has been identified as Paul Lewis Deep, W/M, 70 YOA, of Middleburg, Florida.
The National Transportation Safety Board (NTSB) and the Federal Aviation Administration (FAA) are conducting the investigation into the incident. Any inquiries regarding his departure and/or destination location, or any other information regarding the investigation into the crash, should be directed to the NTSB or FAA. 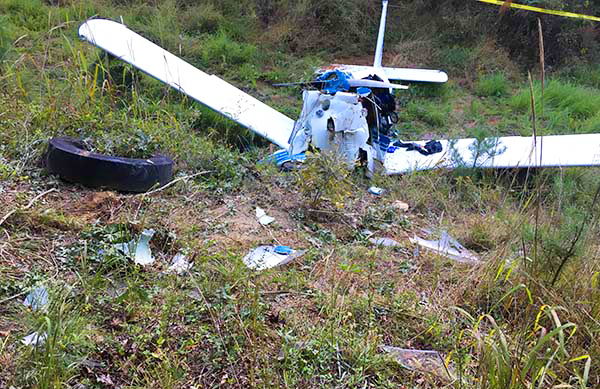