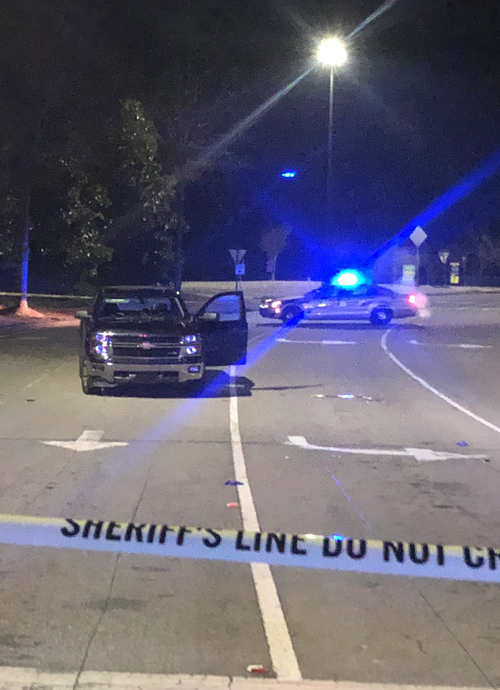 (Paulding County, GA) At 3:56 AM on January 27, 2019, Paulding E-911 received a 911 call reference a shooting that had just occurred at 37 Mill Lane Dallas, GA 30157 (Powder Mill Subdivision). While Deputies were en route, an alert Trooper with the Georgia State Patrol, who was monitoring the Paulding County Sheriff’s Office radio channel, was in the area of the entrance of Powder Mill Subdivision and Marietta Highway (GA 120 E). While in the area, the Trooper observed a dark in color truck which was driving erratically. The truck then failed to stop at the traffic signal at the aforementioned intersection.
Not knowing whether the truck was fleeing the scene of the shooting or an impaired driver, the Trooper performed a traffic stop on the vehicle. The vehicle eventually stopped in the entrance road to the Walmart (3615 Marietta Highway Dallas, GA 30157). When the vehicle stopped, a black male subject fell out of the vehicle and was bleeding severely. The Trooper applied pressure to the wound and called for Fire/EMS personnel to assist with the scene. It was later determined that the male had been stabbed during an altercation at 37 Mill Lane. The stabbing victim was identified as Jeremy Dawan Weatherspoon (B/M, 27 YOA). Weatherspoon was immediately transported to an Atlanta area hospital where he is considered to be in serious condition.
Other Deputies responded to the actual scene of the shooting. When they arrived on Mill Lane they discovered a white male who was deceased as a result of multiple gunshot wounds. The deceased male was identified as Chad Thomas Boltz (W/M, 25 YOA). Detectives with the Criminal Investigations Division of the Paulding County Sheriff’s Office and Agents with the Georgia Bureau of Investigation are actively working this case in order to figure out what took place at 37 Mill Lane.
Thus far, Detectives and Agents know that there was some type of altercation at the residence and Weatherspoon was stabbed and Boltz was fatally shot. Detectives and Agents are actively interviewing witnesses that were at the residence in order to determine what took place at the home early Sunday morning and why it occurred. At this time, Detectives and Agents do not believe there are any other suspects and that Weatherspoon and Boltz were the only two individuals who were involved in the altercation.
This investigation is ongoing and anyone with any information into this incident is urged to contact the Criminal Investigations Division of the Paulding County Sheriff’s Office at (770) 443-3015. 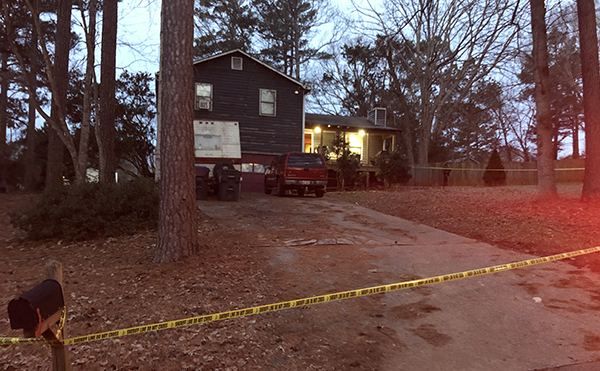