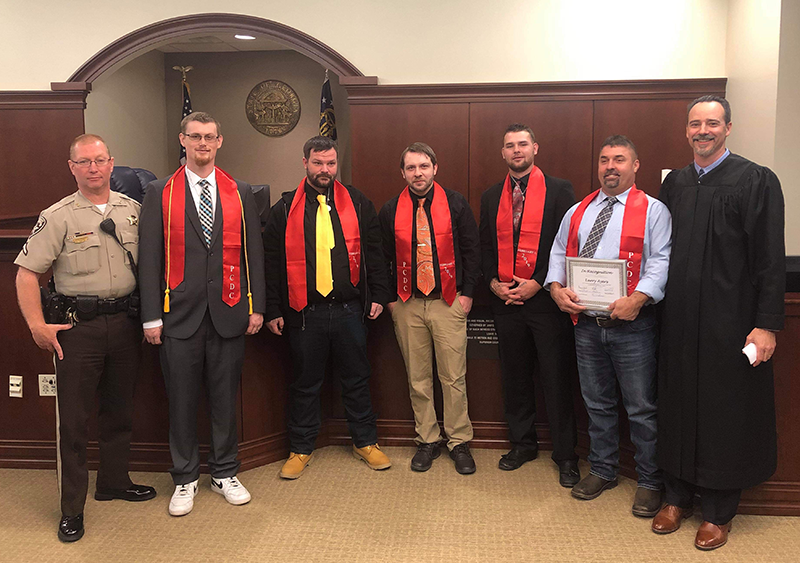 On Friday, February 1, 2019, the Paulding Judicial Circuit Drug Court Program hosted its fourth graduation since it was launched in January 2016. There were five graduates, bringing the total number of Paulding Drug Court graduates to seventeen.

These graduates participated in the program for a minimum of eighteen months, although some took much longer to work their way through the program. They will now begin six months of aftercare.

New participants are drug tested several times a week. They must attend group therapy four days a week, attend individual and family therapy once a month, attend three 12-step classes every week, keep a curfew, obtain and maintain employment, pay a weekly program fee, prepare and test for the GED if they do not already have a high school diploma, attend court every Friday, and more. Surveillance officers monitor the participants in the community to ensure compliance. The Court holds participants accountable at regular court appearances.

Each of the graduates, accompanied by friends and family, spoke at graduation about how their lives have changed for the better. They have maintained their sobriety, re-connected with their families, and maintaining employment. Some of the graduates obtained their GED while in the Program. Board of Commissioners Chairman Dave Carmichael was the speaker at this graduation, and he encouraged the graduates to continue their hard work and expressed that the County is pulling for them to succeed.

At the graduation ceremony, Judge Bucci commented on how the program affects criminal activity. There are now a total of seventeen graduates. Those graduates accumulated a combined 106 new criminal charges during the two-year period immediately before entering the program. However, they accumulated a total of only three new charges in the two-year period after entering the program. This represents an approximate 97% reduction in new criminal charges. The Judge noted that many people deserve thanks for the program’s success, including the Paulding legislative delegation, County Commissioners, District Attorney, Public Defender, Sheriff, and others who must work together to maintain the program. 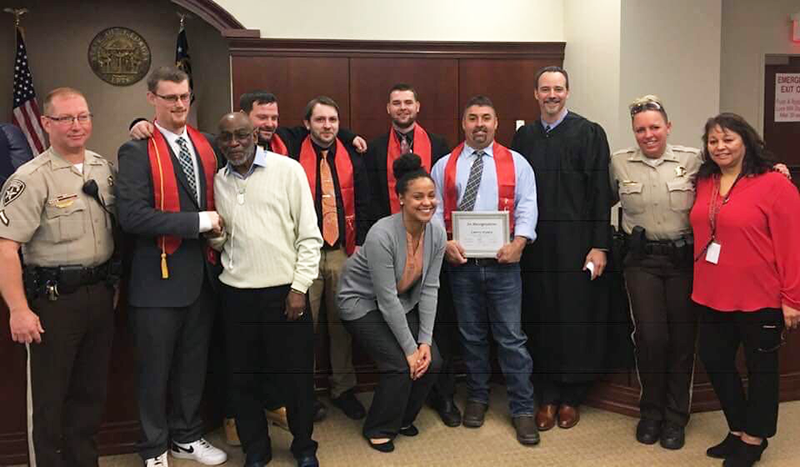