Dallas, Georgia, March 5, 2019 – On Sunday, December 9th, 2018, Paulding County 911 received a call that a 29 year had collapsed at his home, was unconscious and not breathing.
With instructions being provided by a team of 911 Communication’s Officers, the family immediately initiated CPR. Approximately 8 minutes later, Rescue and Engine #3 arrived on the scene.
They found the man pulseless and not breathing, and noticed his fiancée was performing excellent quality CPR. Those PCFD personnel took over lifesaving interventions, including shocking the patient several times, causing the man’s heart to start beating again. Minutes later, Metro Ambulance unit 804 arrived and quickly transported him to Paulding Hospital where he was stabilized. Later that evening, he was transferred to Kennestone Hospital, where he spent 2 weeks in the ICU. Today he’s back at work, healthy and living a normal life.
According to Fire Chief Joey Pelfrey, “CPR saves lives. There is no doubt that the fast thinking family and the entire team of public safety personnel including 911 Operators, Firefighters, Deputy’s and Ambulance personnel helped this man survive. We are also very fortunate to have excellent hospital facilities nearby such as Wellstar Paulding and Kennestone. I am proud of everyone who played a role in saving this man’s life.”
“And, I encourage anyone reading this to learn CPR. If you haven’t taken a class with the last year you should check out the American Heart Association’s web site for more information, at https://www.heart.org .” 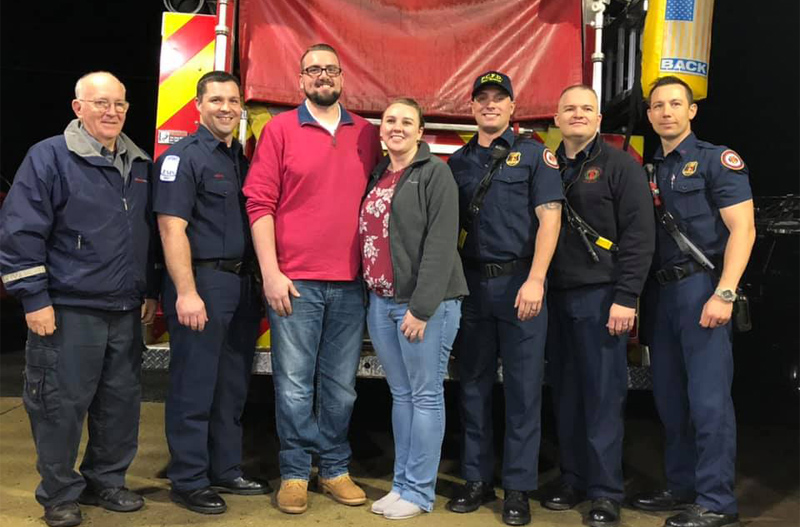