2nd Round of Site Tours Given at Richland Creek Reservoir

2nd Round of Site Tours Given at Richland Creek Reservoir. 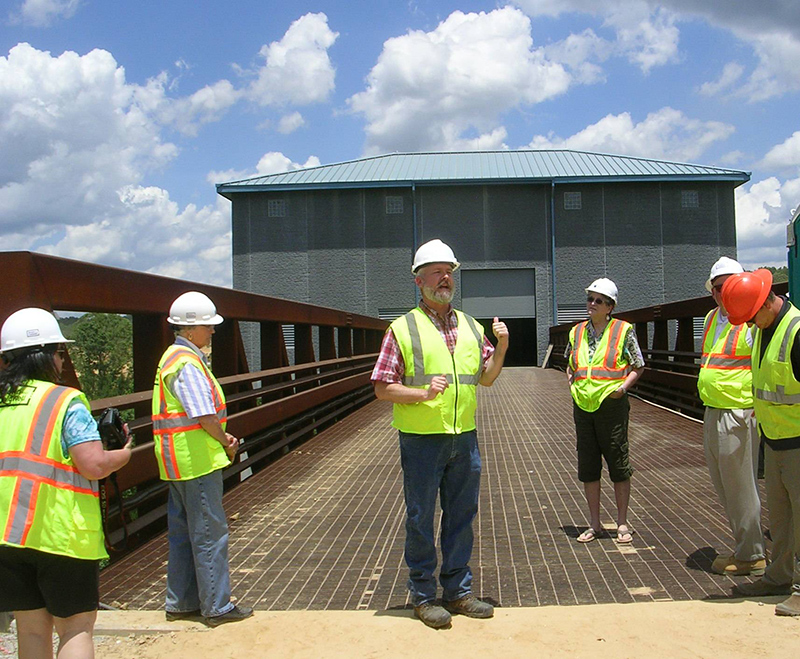 Brown and Caldwell’s Kelly Comstock, managing consultant on Paulding’s Richland Creek reservoir (RCR) project, along with site engineers conducted the second round of tours of the water treatment plant (WTP), intake, and Dam last week. First tours were offered last October.
The RCR is located on approximately 700-acres of county-owned land in northern Paulding County, in the Post 4 district. A tentative third round of tours is planned for this fall as the reservoir begins the process of drawing water, a prescribed process that will take about a year to bring to full pool, Comstock said, but water will begin coming into the treatment plant sooner than that. The facility will provide the 36 million gallons of water a day the county is projected to use, Comstock said.
Earlier this year some flooding issues not entirely caused by rain caused construction delays that led to some mitigation efforts to ensure that the project remained within its projected timeline for completion next year.
The Army Corp of Engineers were releasing higher water levels from the river that were impacting the ‘critical path’ at the site, said Comstock, who addressed the BoC earlier this year.
PC Construction is the construction manager at risk (CMAR) for the project’s pump stations, raw water intakes and treatment plant. PC’s completion time was extended due to the gap created by the need to modify the site so construction could continue, Comstock said. Paulding commissioners voted to increase the amount PC had guaranteed as the project’s maximum price for the Reservoir Pump Station project by $1.76 million. Up to that point the project had remained within its original $215 million budget.
Following that, Paulding commissioners also voted to increase the amount the county has borrowed from the Georgia Environmental Finance Authority (GEFA) for the project by $1,800,000. The county owed $8.2 million on the loan it signed in 2016. The increased financing raised the loan amount to about $10 million, county officials said.
As project completion draws closer Comstock said the county can begin to bring on and train staff to fill jobs at the site prior to the facility coming online in 2020.

PIPELINE CONSTRUCTION
The project’s lineage involves a pump station at the Etowah River, three miles long, then another pump station in the reservoir that will pump water out into the treatment plant, and then another pump station that sends the water through 12 miles of pipe to Dallas. A major segment of the RCR Water Supply Program pipeline construction runs along Hwy 61 (Cartersville Highway) between Dallas and the reservoir site near the Bartow County line.
The 11-mile pipeline section, which began about a year ago, is now completed and the work on the Phase Two section of pipeline that runs from Walraven Road into Dallas is about a third completed, Comstock said during last week’s tour.
For more information visit www.rcrwater.com 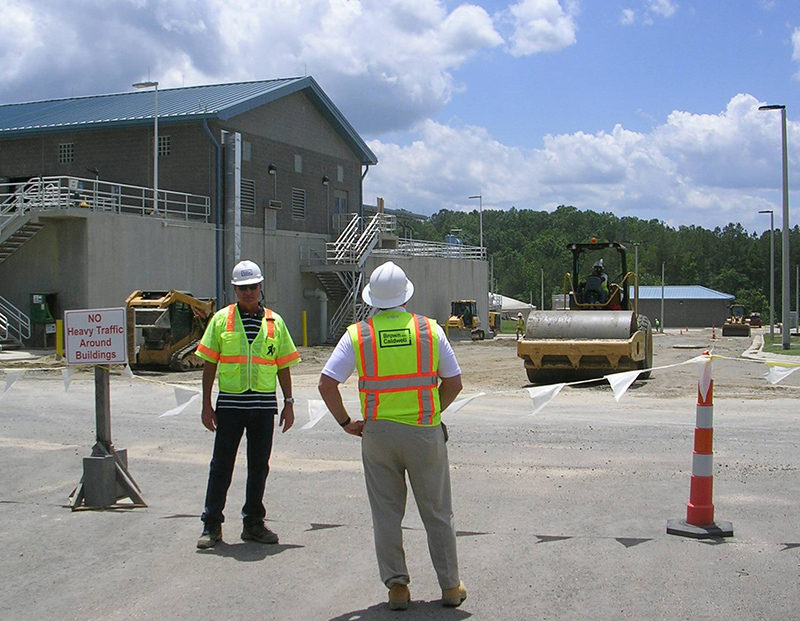