Update to the west Paulding arson/murder case that occurred on August 26, 2019, of Austin James Nicholson. This incident is directly tied to the 2017 murder of Ronald Chadwick murder. We have also attached a map of the incident locations to show their proximity to each other.
Please note that some of these are mugshots from 2017. Hightower and Philpot’s mugshots are from 2019. 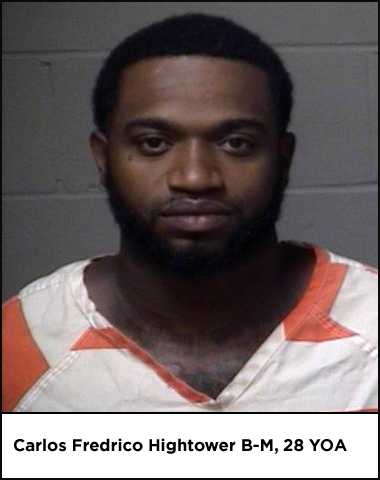 (Paulding County, GA) On Thursday, September 19, 2019, Detectives with the Paulding County Sheriff’s Office Criminal Investigations Division and Agents with the Georgia Bureau of Investigation (GBI) secured warrants on an additional suspect in the August 26, 2019 arson/murder of Austin James Nicholson (W/M, 24 YOA). Detectives and Agents charged Carlos Fredrico Hightower (B/M, 28 YOA) with the below offenses which are connected to the 2019 arson/murder. The 2019 arson/murder of Nicholson stems from the 2017 murder of Ronald Chadwick Morgan (W/M, 31 YOA) which occurred on Holly Springs Road. 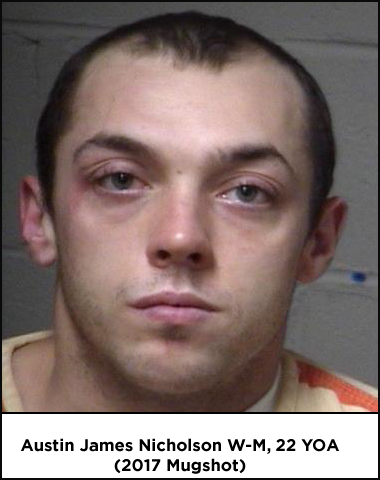 On January 20, 2017, Paulding Deputies responded to the area of 1680 Holly Springs Road Rockmart, GA 30153 (Paulding County) reference a shooting that had occurred. Detectives and GBI Agents ultimately discovered that Ronald Chadwick Morgan had been shot to death while riding a motorcycle on Holly Springs Road. Austin James Nicholson, Carlos Fredrico Hightower, and Magan Darleen Carroll were charged in connection with Morgan’s murder. Nicholson, Hightower, and Carroll were arrested on January 21, 2017. It is believed that the murder was the result of some type of dispute over property.
On February 11, 2017 Nicholson and Carroll bonded out of the Paulding County Jail. Hightower, due to the fact that he had a Probation Violation, stayed in jail and ultimately went back to prison. Prior to Hightower begin transferred back to prison, he posted bond on the 2017 murder charges, but was never released from custody. Hightower was subsequently released from prison on April 6, 2019. When he was released from prison, he still had not been to trial on the 2017 murder charges.

2019 “Drive-by Shooting” on Winding Valley Drive
At approximately 11:28 PM on August 25, 2019, a 911 call was placed to Paulding E-911 from 378 Winding Valley Drive Rockmart, GA 30153 (Paulding County / Country Walk Subdivision) reference a drive-by shooting. Deputies and Detectives immediately responded to the scene and confirmed that multiple rounds had been fired at the home from a vehicle in the roadway. Fortunately, no one was injured inside the residence. Witnesses described the suspect vehicle as being a black sedan which left the scene at a high rate of speed. It must be noted that this is the former residence of Magan Darleen Carroll who was a co-conspirator in the 2017 murder of Morgan. 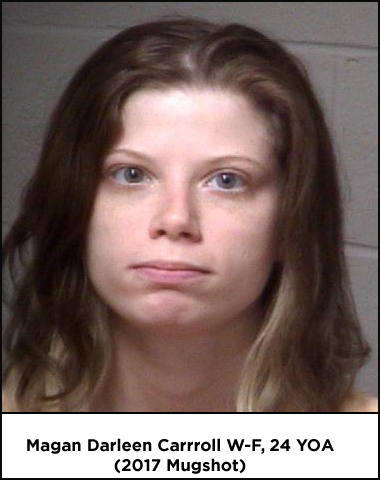 While Detectives were still processing the scene of the drive-by shooting, a 911 call was placed to Paulding E-911 at approximately 12:48 AM on August 26, 2019, in reference to a vehicle on fire at 2172 Vinson Mountain Crossing Rockmart, GA 30153 (Paulding County). Paulding Fire/Rescue personnel along with Deputies and Detectives responded to the scene and eventually discovered that a badly burned body was inside what was later determined to be a black in color Acura TL passenger car. As a result of the forensic investigation by the GBI, it was later determined that the body inside the car belonged to Austin James Nicholson and that he had been shot prior to the car being set on fire.
As a result of an extensive amount of investigative work, Detectives and Agents determined that Nicholson and Hightower had just completed the drive-by shooting and now Nicholson was dead. Deputies and Probation Officers were able to arrest Hightower in the afternoon hours on August 26, 2019, on a Probation Violation warrant. Hightower was booked into the Paulding County Jail and held on his probation violation charge until he was officially charged with the aforementioned offenses on September 19, 2019. Detectives and Agents believe that Hightower and Nicholson went to Carroll’s residence and conducted the drive-by shooting in an effort to keep her quiet about the upcoming 2017 murder trial. Detectives and Agents also believe that a short time later, Hightower shot Nicholson and then burned his vehicle to hide any evidence of either crime. 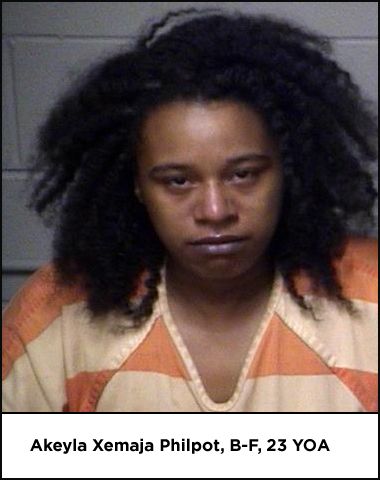 Hightower’s girlfriend, Akeyla Xemaja “KeKe” Philpot (B/F, 23 YOA) was arrested on September 12, 2019, and charged with Murder (F), Arson (F), Influencing Witnesses (F), and VGCSA Possession of Marijuana With Intent to Distribute for her role in assisting Hightower in this case.
Although Hightower has not been cooperative throughout the course of this investigation, Detectives and Agents believe that he was trying to silence and/or kill the co-conspirators from the 2017 murder of Ronald Chadwick Morgan. As this investigation unfolds, Detectives and Agents are discovering a very tangled web of criminal activity with some of the individuals involved in these cases. 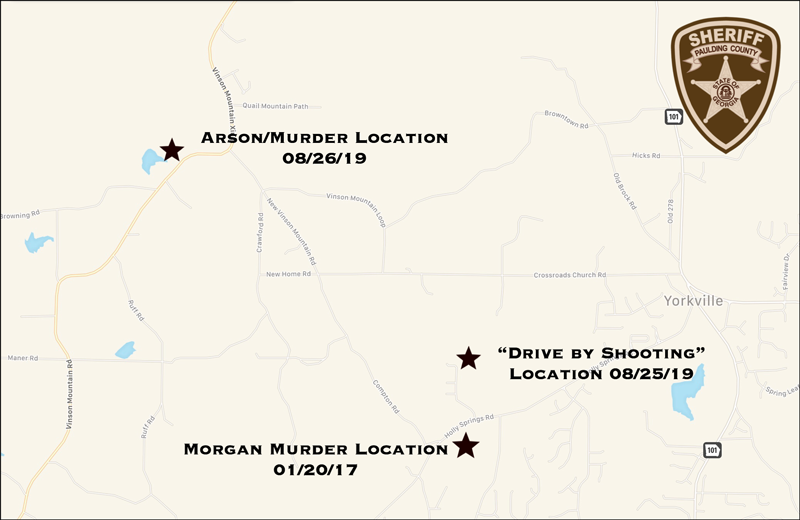