(Paulding County, GA) As a result of an ongoing narcotics investigation, the Paulding County Sheriff’s Office and the Haralson-Paulding Drug Task Force would like to announce the arrest of two Paulding County residents for Heroin and Marijuana trafficking. The Haralson-Paulding Drug Task Force is comprised of Deputies and Officers from multiple agencies in Haralson and Paulding County which is overseen by the Georgia Bureau of Investigation. On October 21, 2019, at approximately 1:00 PM Deputies with the Paulding County Sheriff’s Office K-9 Unit and Uniform Patrol Division assisted the Haralson-Paulding Drug Task Force with an ongoing narcotics investigation. Deputies performed a traffic stop in Paulding County on Christopher Fitzgerald Dawson (B/M, 32 YOA) (AKA: Gasman Uby) who was driving a 2014 Chevrolet Corvette convertible and ultimately located some marijuana and a handgun.
As a result of the findings during the traffic stop as well as the ongoing narcotics investigation into Dawson, Agents were able to secure a search warrant of Dawson’s home which is located at 145 Loxley Court Douglasville, GA 30134. Dawson lived at the home with his girlfriend, Angel Renee Nathan (B/F, 32 YOA). When Agents and Deputies executed the search warrant they located a large amount of heroin, marijuana, and two more handguns. It must be noted that the Corvette and the home were in Nathan’s name and the narcotics were located in the master bedroom of the home where both Dawson and Nathan resided.
Agents arrested Dawson for his role in this case and took warrants on his girlfriend who later turned herself in to authorities on November 7, 2019. Both Dawson and Nathan were charged with the following offenses:

Approximately two ounces of Heroin and four pounds of Marijuana along with three handguns were located during the traffic stop and subsequent search of Dawson and Nathan’s home. Agents also located a substantial amount of United States Currency during the search of the home. Both Dawson and Nathan bonded out of the Paulding County Jail and are awaiting trial.
Sheriff Gary Gulledge remarked, “We want to remind our citizens that they are our eyes and ears and if they suspect illegal drug activity is occurring in their neighborhood, they can call us anytime.” Agents want to encourage anyone who may have additional information about this case or any other case involving narcotics to please contact the Haralson-Paulding Drug Task Force at (770) 646-9175. 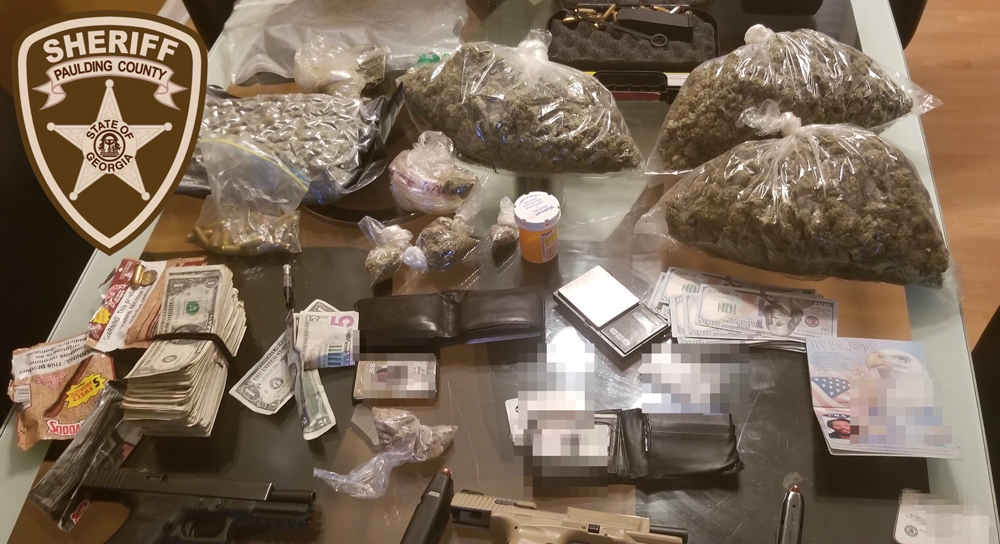