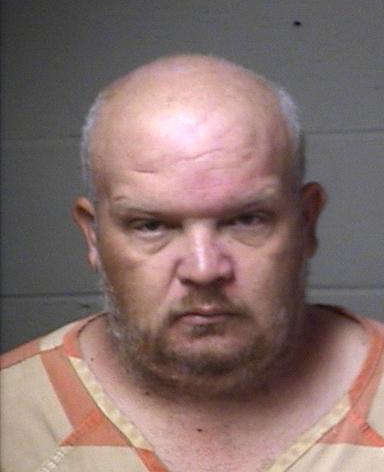 (Paulding County, GA) On November 1, 2019, Brian Travis Cowart (W/M, 34 YOA) of Cartersville, Georgia was arrested by Detectives from the Paulding County Sheriff’s Office Juvenile Investigations Division as a result of an elaborate attempt to have sex with an eight-year-old girl.
On October 29, 2019, the Juvenile Investigations Division was contacted by a complainant who advised they located a person on a social media site requesting to have sex with 5-10-year-old girls. On October 31, 2019, an undercover Detective made contact with the suspect, later identified as Brian Travis Cowart, in an online conversation. As a result of the online chat, Cowart offered a sum of money to perform sex acts on an eight-year-old girl.
Cowart thought he was communicating online with the eight-year-old girl’s older sister. On November 1, 2019, Cowart devised a plan to meet the alleged victim’s sister at a retail store in Hiram where she would deliver the eight-year-old victim to Cowart for a certain period of time. Upon Cowart’s arrival, he was swiftly taken into custody by several Detectives from the Juvenile Investigations Division who were waiting on him in the parking lot. Cowart was charged with the following offenses:

Cowart is currently being held in the Paulding County Jail without bond. Sheriff Gary Gulledge stated, “As adults, it is our responsibility to keep children safe from online predators. I want to encourage all parents to keep an eye on your child’s online activities and know who they are communicating with at all times.” Detectives want to encourage anyone who has had any online contact with Cowart to call Lieutenant Starry Kilgore or Sergeant Lenny Carr of the Paulding County Sheriff’s Office Juvenile Investigations Division at (770) 445-6105.