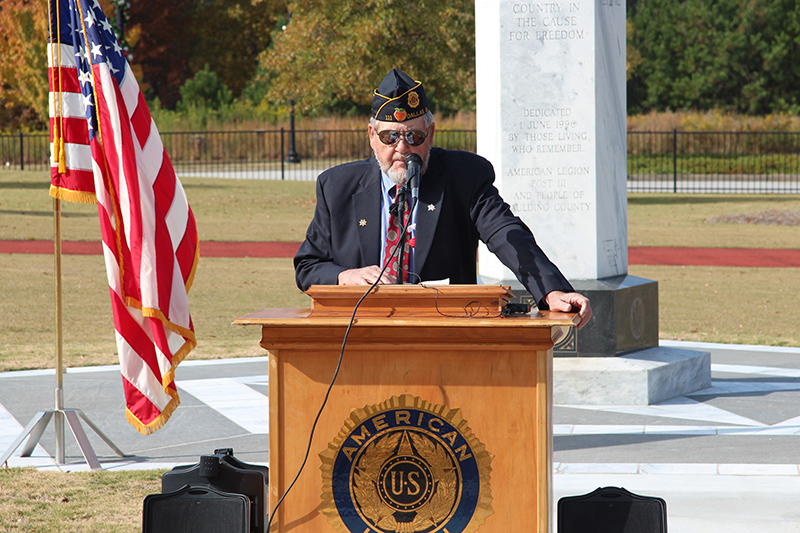 American Legion Post 111 and members of the Paulding County Veterans Memorial Committee held the very first Veterans Day Service at Veterans Memorial Park on Monday, November 11th at 11:00 AM. This service was significant as it was the first Veteran’s Day service held since the Veterans Monument was moved to the park in May of this year.
Although it was the first Veteran’s Day program at the new location, the 2019 service was the 26th annual service held in the County in honor of all Veterans, living and deceased, especially those who died while serving our country, with a special remembrance for the eighty-two Paulding County Veterans who perished in World War I, World War II, Korea, Vietnam and in the Middle East.
Prior to the entrance of the park, a “Corridor of Flags” was assembled on Highway 278, with each flag representing a service member from Paulding County whose gave his life in a war. 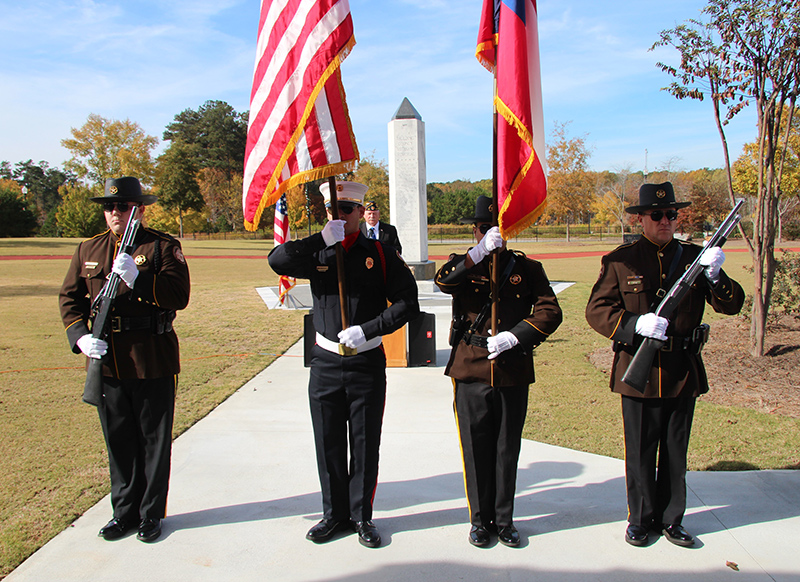 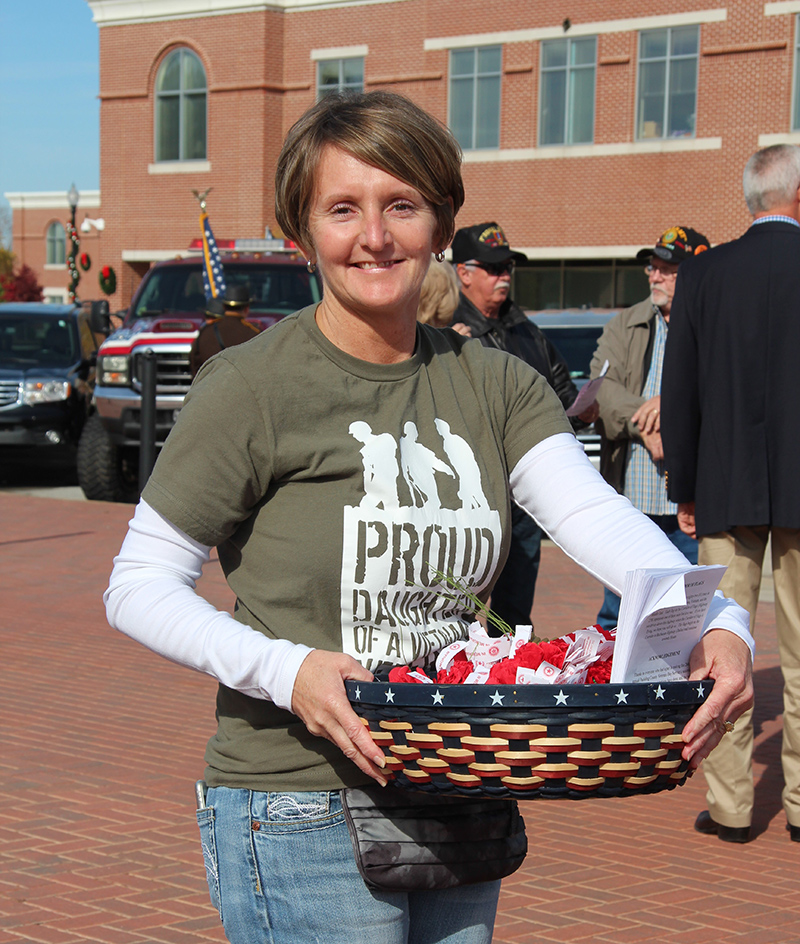 After Mr. Rakestraw’s speech, arrangements of red, white and blue flowers were placed at the base of the granite monument by led by the officers of the Dallas Chapter of the Daughters of the American Revolution. The monument is engraved with the logos for all five branches of the military, the Army, Marines, Navy, Air Force and Coast Guard. It is inscribed with the names of eighty-two service members from Paulding County who lost their lives during a war.
A Twenty-One Gun Salute was then conducted by members of the Paulding County Sheriff’s Department Honor Guard, followed by the solemn playing of “Taps” and a Moment of Silence “in honor and memory of all veterans.”
Chaplain McPherson then presented the oldest member in attendance, from each branch of the armed services, with a ball cap before dismissing those in attendance.
Next year the Veterans Day Service will be held at 11:00 AM on Wednesday, November 11, 2020, in Veterans Memorial Park, 240 Constitution Boulevard, Dallas, GA 30132. The public is welcome to attend. 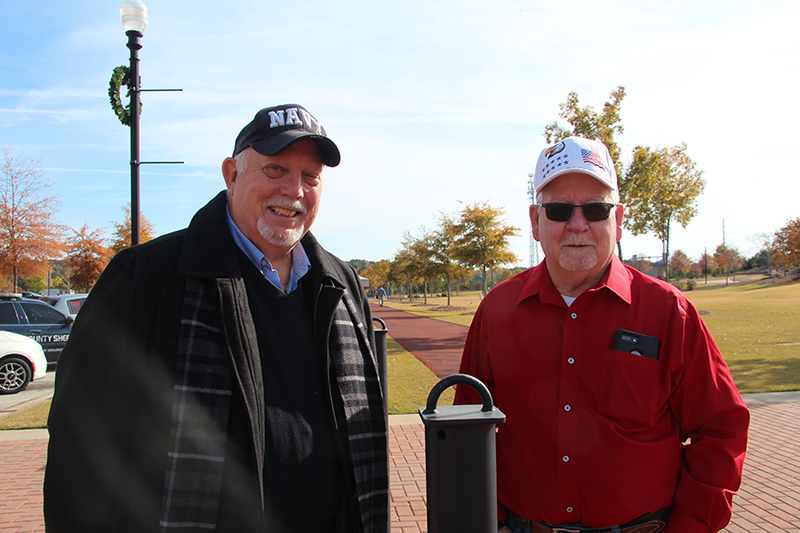