Dallas, Georgia, January 1st, 2020. At 11:04 pm on Tuesday, December 31st, Paulding County Fire & Rescue was dispatched to a residential structure fire located at 244 Trace Road. The initial 911 call was placed by a neighbor who indicated an elderly male, the only resident, might be at home.
Approximately 3 minutes after dispatch a Paulding County Sheriff’s Deputy arrived on the scene and reported a fully involved 2-story residence. Paulding Fire units arrived 4 minutes later and began suppression efforts, including an interior fire attack. Engines 3, 8 and 1, Truck 11, Squad 1, Rescue 3 and several command officers responded. During search & rescue operations the roof collapsed, forcing crews out of the home and into defensive suppression mode. The fire was declared under control at approximately midnight.
Unfortunately, during overhaul operations, units discovered the body of a 65-year-old male inside the home. As a result, Investigators from Paulding Fire requested assistance from the State of Georgia Fire Marshall’s office which is standard protocol for fires involving fatalities.
The cause still under investigation. No personal information for the victim has been released yet pending notification of next-of-kin.
For any further information on the investigation please contact the State Fire Marshall’s office at (404) 656-0533. 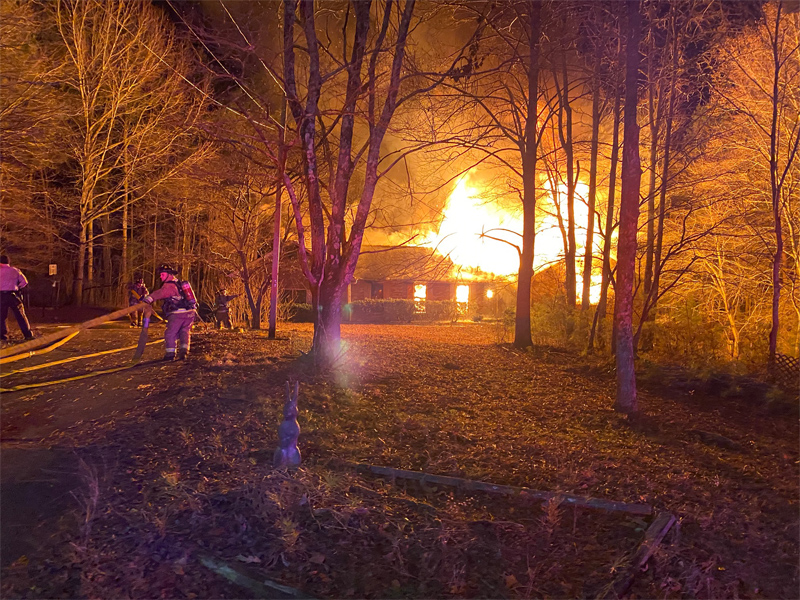