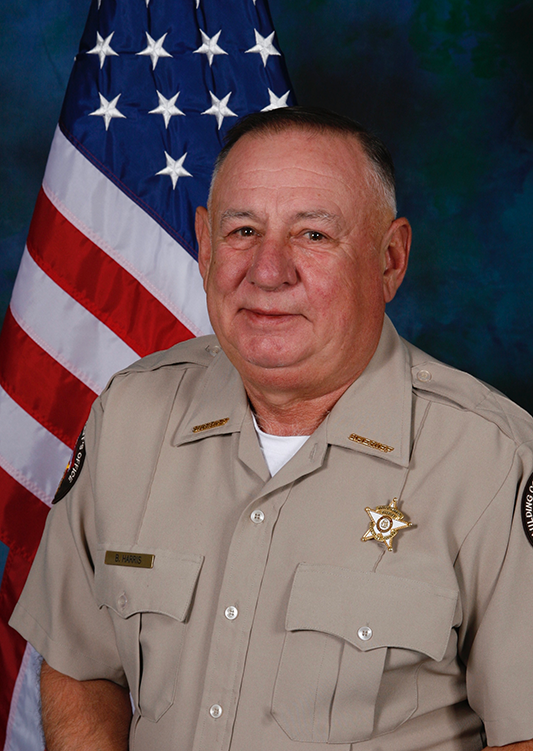 Sheriff Harris served in many different capacities on boards and organizations during his career. He served on several boards within the Georgia Sheriffs’ Association and numerous others both locally and statewide. At the direction of then-Speaker of the House Tom Murphy, Sheriff Harris served on the Georgia Board of Public Safety for many years.
Sheriff Bruce Harris served as the Sheriff of Paulding County from January 1, 1993, until he retired on December 31, 2008. Harris served four terms (16 years) and is recognized as the longest-serving Sheriff in Paulding County history. He was the 47th Sheriff in the county’s 188-year history.
Bruce, as he was called by many, was beloved by so many people in Paulding County. He was always available and seemed to listen to his law enforcement radio both day and night. He would show up on a scene regardless of whether it was on a holiday or even in the middle of the night. He was a Sheriff for the people and was an excellent leader.
Sheriff Harris’ funeral arrangements are being handled by Clark’s Funeral Home in Hiram, Georgia. He will be laid to rest in the Dallas Memory Gardens Cemetery near his home in downtown Dallas, Georgia.
We will never forget the path he paved for those of us at the Paulding County Sheriff’s Office. He made Paulding County a better place because he was the Sheriff. Sheriff Bruce Harris “01”, will forever be 10-7....10-42.