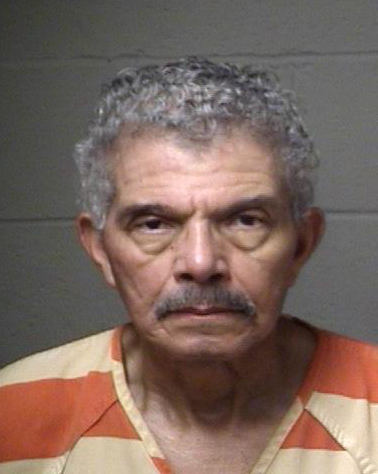 Paulding County, GA On February 11, 2020, at approximately 5:45 PM a 911 call was placed to Paulding E-911 reference a domestic dispute with shots fired. The incident location was 25 Wesleyan Way Dallas, Georgia 30132 which is in the Ivey Meadows subdivision.
When Deputies arrived on the scene they found three victims who had sustained gunshot wounds and were in various conditions. Deputies quickly detained the suspected shooter and began rendering aid to the victims. The victims were identified as Ebony Janel Copeland (B/F, 23 YOA), Takiyah Weems (B/F, 42 YOA), and Amauri Ali Beavers (B/M, 21 YOA).
The shooter was identified as Earl Curtis Weems (B/M, 77 YOA). Detectives are actively investigating the root cause of the incident, but know that it was domestic-related in nature. Earl and Takiyah Weems are married and Amauri Beavers is the adult son of Takiyah Weems. Ebony Copeland is the girlfriend of Amauri Beavers. Earl Weems was subsequently arrested and initially charged with Aggravated Assault (F). It must be noted that Detectives are still actively investigating this case and expect to file more charges in the coming days.
As a result of his injuries from the gunshot wound, Amauri Beavers passed away at the hospital on February 11, 2020. Ebony Copeland and Takiyah Weems were treated and released from the hospital later that day. Earl Weems is currently being held in the Paulding County Jail with no bond. Detectives are encouraging anyone who may have witnessed this incident to call (770) 443-3015 with any additional information.