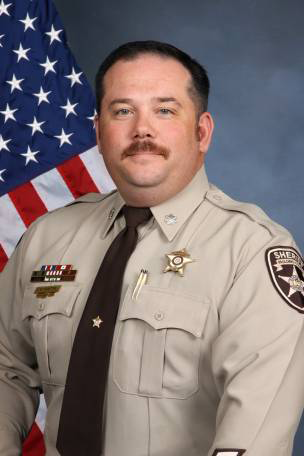 Construction of the Paulding County Sheriff’s headquarters and detention Center at the Watson Complex in Dallas was into its final fine-tuning before moving from their current HQ into their new one when the COVID-19 pandemic slowed progress toward that goal.
County Operations Manager Scott Greene, who spoke by phone, said that logistics on completing the fine-tuning were delayed by about two to three weeks.
“I don’t know that that ultimately is the controlling factor for the move-in date. We’re really working towards a mid-May move-in right now, based on general readiness,” Greene said.
According to Colonel Chad Hunton, chief deputy, Paulding County Sheriff’s Office, who also spoke by phone, they would be better off in the current crisis had they already moved into the newer larger buildings.
“When this pandemic hit us, I was so wishing we were already there because we would have been more suited to deal with this issue in the jail,” Hunton said. “And, knock on wood, we haven’t had anyone showing symptoms of the virus thus far.”
Hunton said that staff training held at the new location has been scaled down to smaller classes and other precautionary measures were also being taken at the existing jail.
“We have a different screening process we go through. Once they’re booked in and don’t make bond, they’re not going into the jail population. We have observation cells they’re going into and we’re monitoring them for 14 days before they go into the general population,” Hunton said.
Hunton acknowledged that the move into the new larger facility on the Watson Government complex should only help them with distancing protocols that have become necessary.
Paulding’s existing jail had exceeded its space requirements years ago and primarily what led to the voter-referendum asking for approval to build the new facility.
Paulding voters approved a $77 million bond issue to build a new jail and sheriff’s office in November of 2016.
Hunton said the hope is to accomplish the move by mid-May.
Earlier this year Hunton said the new facility has been designed for growth far into the future, but he added that expansion could eventually happen on the same property’s north side.
The BoC purchased the land adjoining the north side of the county courthouse at the Watson Government Complex from former county school board chairman Joe S. Watson and Patricia Watson.
Construction began on the project in mid-2018. The county began its payback on the bonds this year.
News about the project and project photos is ongoing and can be viewed at the website, pauldingjail.com