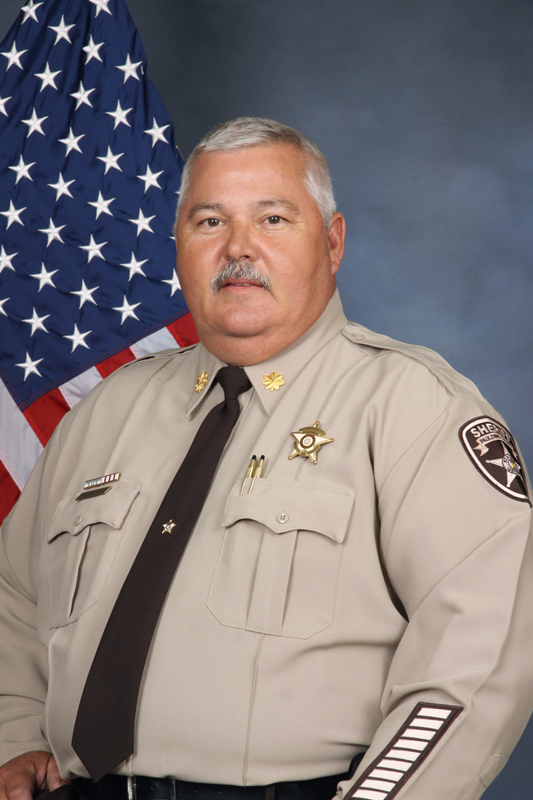 (Paulding County, GA) On Friday, April 17, 2020, a very small retirement reception was held in honor of Major Tom Murphy in the back parking lot of the Paulding County Sheriff’s Office due to the COVID-19 pandemic. During the gathering, Major Murphy was surrounded by a limited number of co-workers and his wife (keeping social distancing in mind) to celebrate his esteemed career.
Major Murphy began his career in law enforcement with the Paulding County Sheriff’s Office and then moved over to the Dallas Police Department. He then briefly got out of law enforcement altogether. When he returned to the Sheriff’s Office on April 3, 1987, he realized what his true calling was and remained at the Sheriff’s Office for over 33 years. Major Murphy worked at the Sheriff’s Office until April 17, 2020, where he officially retired.
Major Murphy spent the majority of his career in the Criminal Investigations Division where he served in every capacity up to the Division Commander. Throughout his career, Major Murphy went through thousands of hours of advanced law enforcement training to keep his investigative skills honed. Sheriff Gary Gulledge stated, “Tom was a pillar of this agency, I wish we could have sent him off with fanfare and a huge party, but due to the COVID-19 pandemic we were unable to. Once everything gets back to normal, we will host an official retirement ceremony for him and several others at a later date. I hope he enjoys time with his family and gets to fish and play music as much as he wants.”
Major Murphy’s law enforcement career has spanned over 33 years. During his tenure as a law enforcement officer, he has seen many changes. We want to wish Major Murphy a happy and relaxing retirement. Now he will have plenty of time to enjoy life, spend time with his family, and do a lot of fishing.