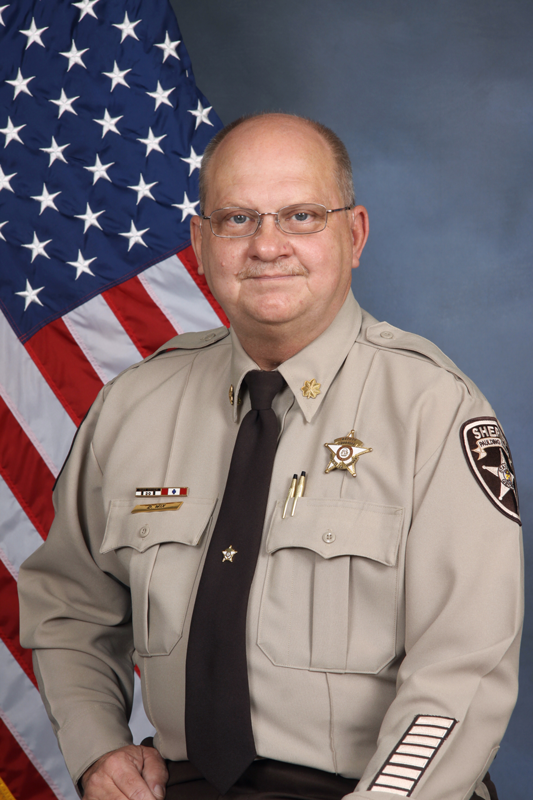 (Paulding County, GA) On Thursday, April 30, 2020, Major Donny Wix retired from the Paulding County Sheriff’s Office. Due to the COVID-19 pandemic, an official retirement celebration was unable to occur, but his Deputies and other Paulding County Courthouse employees were able to send him away with good wishes from afar.
Major Wix began his career in law enforcement with the Paulding County Sheriff’s Office on November 5, 1984. During his nearly 36-year law enforcement career he served under four different sheriffs and had more seniority than any other active employee. Throughout his career, he has served in the following capacities: Jailer, Patrol Deputy, Warrants/Civil Division Deputy, the Chief Jailer, and in the Courthouse Security Division.
Major Wix spent the majority of his career in the Courthouse Security Division where he served in every capacity up to the Division Commander. Throughout his career, Major Wix helped streamline and modernize security procedures in the Paulding County Courthouse. Sheriff Gary Gulledge stated, “Donny was yet another pillar of this agency, I wish we could have sent him off with fanfare and a huge party, but due to the COVID-19 pandemic we were unable to. Once everything gets back to normal, we will host an official retirement ceremony for him and several others at a later date. I hope he enjoys time with his family and gets to relax as much as he wants.”
Major Wix’s law enforcement career has spanned for nearly 36 years. During his tenure as a law enforcement officer, he has seen many changes. We want to wish Major Wix a happy and relaxing retirement. Now he will have plenty of time to enjoy life and spend time with his family.