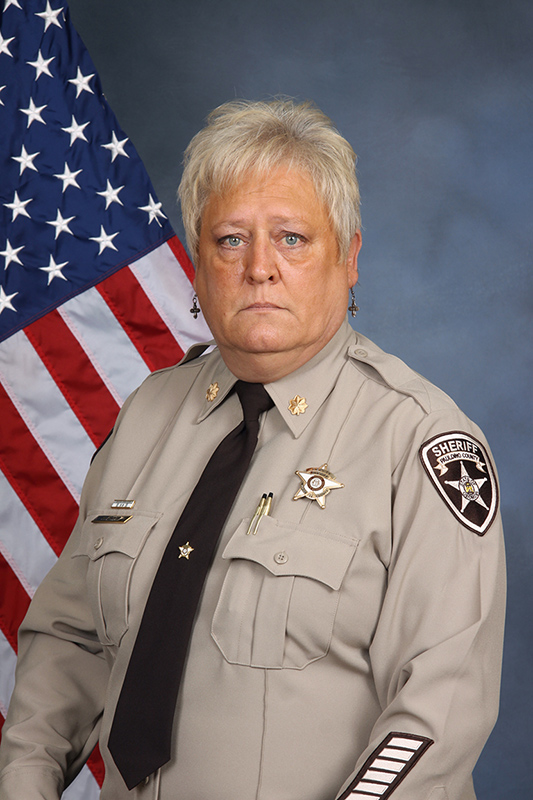 (Paulding County, GA) On Tuesday, June 2, 2020, Major Ava Davis retired from the Paulding County Sheriff’s Office. Due to the COVID-19 pandemic, an official retirement celebration was unable to occur, but the Deputies and staff of the Paulding County Sheriff’s Office were able to send her away with well wishes from afar.
Major Davis began her career in law enforcement with the Dallas Police Department in 1981. While at the Dallas Police Department, she worked as a Dispatcher and handled crossing guard duties as well as parking enforcement. She worked at the Dallas Police Department until she came to work at the Sheriff’s Office. Major Davis began her career with the Paulding County Sheriff’s Office on December 29, 1986. During her 39-year law enforcement career she served under four different Sheriffs. Throughout her career she served in multiple capacities to include Dispatcher, Patrol Deputy, and as a Detective in the Burglary Unit and Juvenile Investigations Division. Major Davis was also the first female to attain the rank of Major at the Paulding County Sheriff’s Office.
Major Davis spent the majority of her career in the Juvenile Division where she served as the Division Commander. Throughout her career, Major Davis was known for her compassion and commitment to the children of Paulding County. Sheriff Gary Gulledge stated, “Ava has always been one of my favorite people to work with and her love for children is unparalleled. She is going to be so mad about this press release because she hates “fanfare” and having her photograph taken, but celebrating her career is well deserved. I wish we could have sent her off with a fitting retirement celebration, but due to the COVID-19 pandemic, we were unable to. Once everything gets back to normal, we will host an official retirement ceremony for her and several others at a later date. I hope she enjoys time with her family and gets to relax as much as she wants.”
Major Davis’ law enforcement career has spanned 39 years. During her tenure as a law enforcement officer, she has seen many changes. We want to wish Major Davis a happy and relaxing retirement. Now she will have plenty of time to enjoy life and spend time with her family.