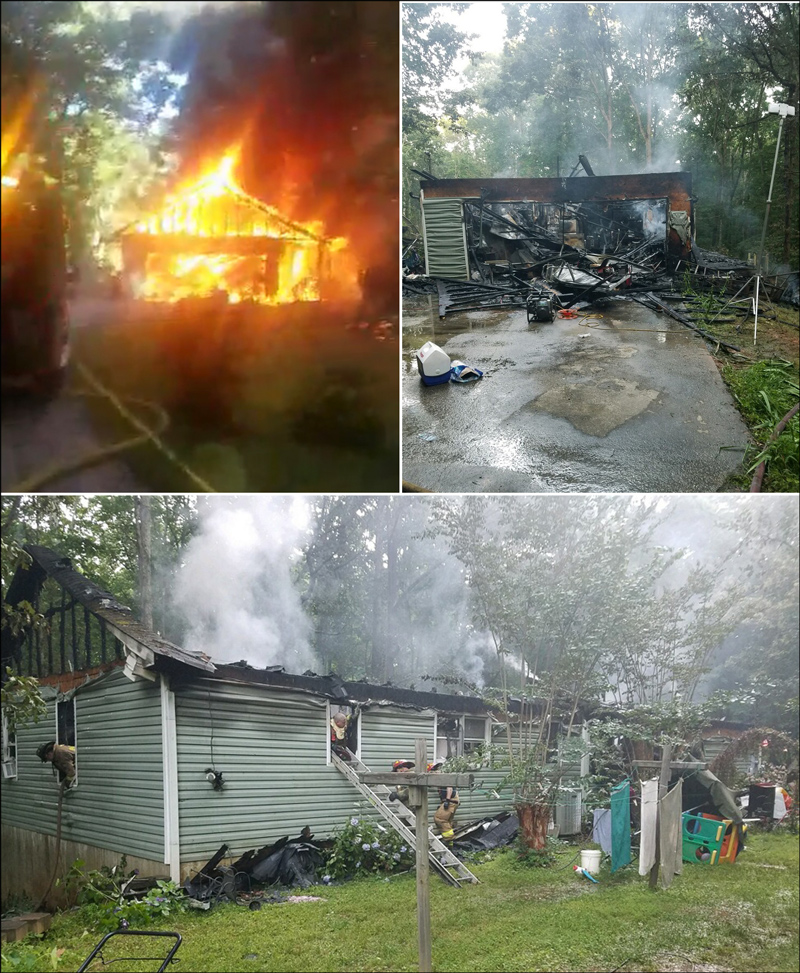 Dallas, Georgia, July 28, 2020. Ten Paulding County Firefighters, as well as several Sheriff’s Deputies and 911 Center Communication Officers, received commendations for their act of heroism during a recent house fire.
At 6:25 pm on Thursday, June 11th, Paulding County Fire & Rescue was dispatched to a residential structure fire located at 195 Hillside Drive. The initial 911 call, placed by a neighbor, reported heavy black smoke coming from the residence. 2 minutes later an occupant from inside the home called advising his stove was on fire and that they were evacuating - but that two family members were trapped inside.
PCFD Engine 3 arrived on the scene at 6:30 pm and encountered heavy fire coming from the front and right side of the home with the extension already into the attic. Family members met Engine 3 in the front-yard and advised that a 70-year-old disabled female and a 15-year-old special-needs female were both still inside trapped in the house.
Fire Department personnel immediately commenced fire suppression and search & rescue operations. Engine 3 was able to quickly locate and rescue the trapped 15-year-old using a bedroom window where Paulding County Sheriff Deputies rendered first aid. Engine 3’s crew returned inside the structure, along with Engine 8 and Squad 1 who had arrived on the scene and were able to locate and rescue the 79-year-old out of a rear bedroom window and down a ladder.
Both victims suffered smoke inhalation but no life-threatening burns or injuries. Metro EMS transported them to Wellstar Paulding Hospital in stable condition. Paulding County Fire Investigators ruled the fire to have been accidentally started in the kitchen while cooking.
During the ceremony, Chief Joey Pelfrey said, “Although Paulding County Firefighters train regularly and are prepared for a rescue like this, it is not an every-day occurrence. Some firefighters work their entire careers and don’t find themselves in a situation like this. I am very proud to recognize these 10 men who were first on the scene that night and absolutely saved the lives of this family. The Life Saver Medal is one fire service’s highest honors.”
“This rescue would not have been possible without the teamwork of several Sheriff’s Deputies were on the scene and actively involved in the rescue as well as our 911 Communication Officers who were a crucial and often forgotten, part of the team. The combined talent among all of Paulding County’s Public Safety agencies really is remarkable. All of these individuals place themselves in imminent danger without hesitation to protect lives and property. I am extremely proud of every one of them.”