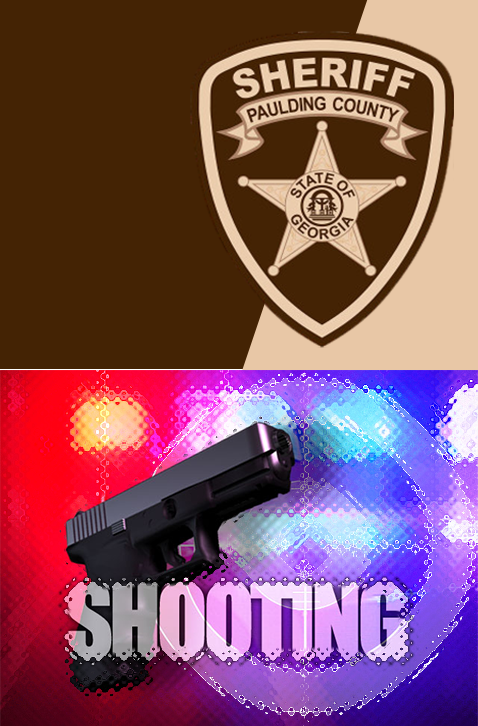 (Paulding County, GA) On August 19, 2020, at 10:41 AM Paulding Deputies responded to 72 Julia Way Douglasville, GA 30134 (Paulding County) reference a suspicious person call. When Deputies arrived on scene they met with the complainant who indicated that the neighbor, later identified as Richard Jeanpaul Harris, (B/M, 41 YOA) who resided at 90 Julia Way Douglasville, GA 30134, came to her home and was looking in her front door. She further explained that while he was looking in her door he was “jiggling” the door handle yelling toward the home. When Deputies made contact with Harris he seemed unstable and he abruptly ended the conversation with Deputies and went home.
Deputies attempted to make contact with Harris again, but he would not exit his home and speak with them. Deputies did make contact with his mother, whom he lives with, and advised her of what had transpired.
Later that same day around 6:11 PM, multiple individuals called Paulding E-911 reporting gunfire at the home of 72 Julia Way. When Deputies arrived they discovered that the male homeowner who resided at 72 Julia Way had been attacked by Harris in the front yard of his own home. It was also determined that once Harris was done fighting the male homeowner, he then turned in the direction of the female homeowner and came toward her in an aggressive manner. At that point, the female homeowner shot Harris in his lower extremities in the front yard of the residence. After he had been shot, Harris then fled to his home which was next door. Once Deputies got to Harris’ residence (90 Julia Way) they saw a tremendous amount of blood leading up to the home. Not knowing how critical his injuries were, Deputies announced their presence and entered the home.
Upon entering the residence, Deputies made contact with Harris who was wounded. Once they made contact, Deputies and EMS attempted to secure and treat Harris. Harris picked up a sword and attempted to attack the Deputies and EMS. Harris was tased by Deputy Carl Brown but continued to advance with the sword. Deputy Alan Perry shot Harris, and he was taken to the hospital by ambulance. Harris’ current condition is unknown at this time.
Per the policy of the Paulding County Sheriff’s Office, the Deputies involved in this incident have been placed on paid administrative leave and the Georgia Bureau of Investigation (GBI) is leading the investigation into the Deputy involved shooting. Detectives of the Paulding County Sheriff’s Office Criminal Investigations Division are conducting the investigation into the incident at 72 Julia Way. Detectives and Agents are encouraging anyone who may have information about these incidents to contact them at (770) 443-3015 or (706) 624-1424.