Alternative Baseball® is continuing to promote the movement to #PowerThruPerceptions and the importance of inclusion of those with disabilities throughout and beyond athletics across America. After Commissioner Taylor Duncan appeared on 200+ television stations to promote their return in 2021, Alternative Baseball® is now successfully expanding the number of areas served from 25 teams (in 14 states) to 74 teams in 31 states.
Now, the organization is continuing to set forth its return plan in 2021 announcing the return of its Ole National Classic: the only competitive 9-inning exhibition known in existence to be held between a team of Alternative Baseball players (with autism and other disabilities) versus former and current professional baseball players of Minor League & Major League Baseball fame spanning several decades. The game is played using the same classic rule-set as seen in the 2016 edition of the Official Baseball Rules with the only adaptation used being the ball (slightly larger and much softer than a regulation-size baseball.)
Alternative Baseball® encourages the public to attend the OLE NATIONAL CLASSIC for 9 innings of an immersive spectator experience and awe-inspiring action. From the time one enters the park to the time they leave, fans are guaranteed a ballpark experience reminiscent of decades past. The OLE NATIONAL CLASSIC would be held during Q4 2021, presumably after the Coronavirus pandemic subsides enough to safely return to action. The organization has selected 8 potential host venues/cities, all who possess decades of baseball history and events (combined). Right now, the general public is encouraged to vote for one of 8 venues to serve as the next host setting for Alternative Baseball®’s return of the OLE NATIONAL CLASSIC:

We encourage everyone to share and give us the opportunity to continue sharing our stories. Voting will end at 11:59:59pm United States Eastern Time on December 31, 2020. The host location will be announced during the first half of 2021. One vote per person. The general public can vote at www.alternativebaseball.org/vote. The survey/poll will play a large influence in the Board of Directors’ final decision. 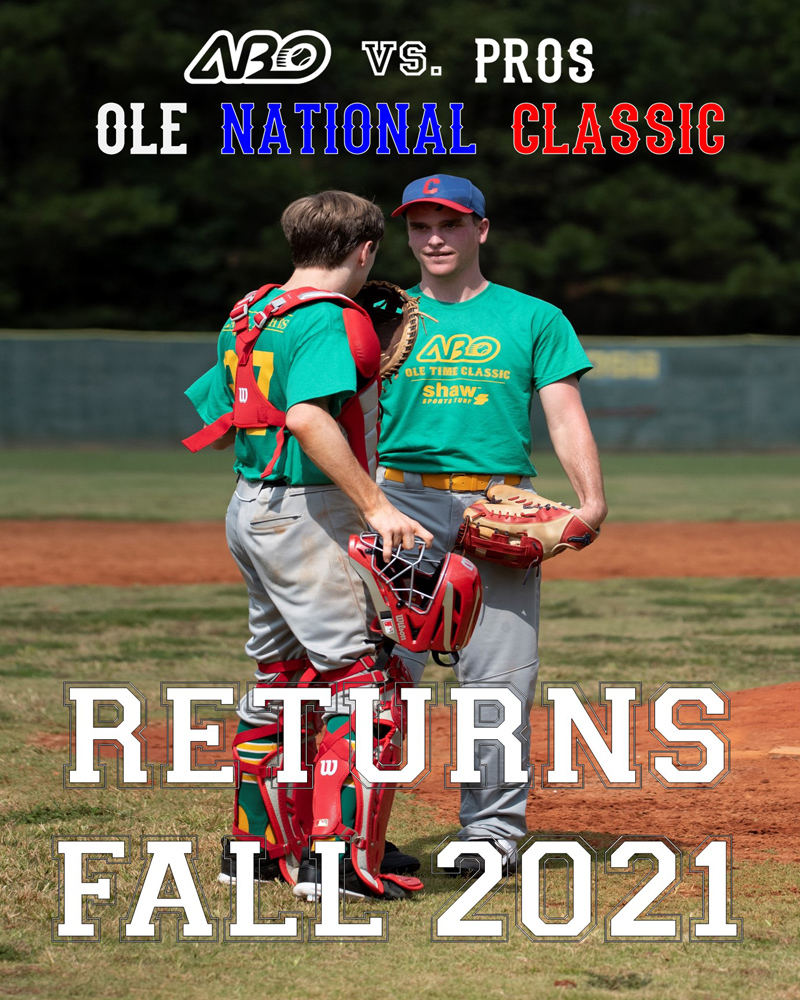