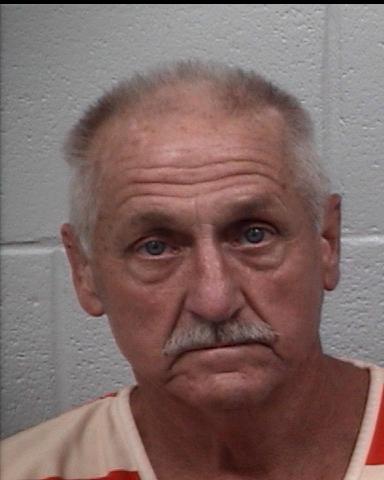 (Paulding County, GA) On June 29, 2020 Detectives with the Paulding County Sheriff’s Office Criminal Investigations Division were contacted by a Polk County resident regarding a stolen dune buggy. The victim indicated that his custom dune buggy was stolen from his residence in Polk County near Coots Lake Road on January 10, 2020, and that he had located it on Facebook Marketplace® for sale at a residence inside Paulding County.
The victim told Detectives that he made an appointment to go to 1789 Crossroads Church Road Rockmart, GA 30153 (Paulding County) to meet with the alleged owner of the dune buggy. When the victim arrived at the Crossroads Church Road address he met with a female resident who showed him the dune buggy for the alleged owner. The victim was immediately able to identify the dune buggy as his due to the various modifications which were exclusive to the custom build. He did note some changes to the dune buggy such as the color had been changed to blue and the gear shifter knob was different.
Once the victim confirmed that the dune buggy was in fact his, he departed the residence and immediately made contact with Paulding Detectives. A short time later, Detectives along with Probation Officers from the Georgia Department of Community Supervision arrived at the residence and made contact with the homeowner and alleged owner of the dune buggy (who was already on probation), Lenny Scott Moody, (W/M, 61 YOA). Moody indicated that he bought the dune buggy from a person whom Detectives were ultimately never able to locate, at a price that was extremely below market value for a vehicle of that nature. Detectives also requested to see a bill of sale and Moody produced a handwritten bill of sale from the same person Detectives were never able to locate.
During the course of their investigation, Detectives and Probation Officers located a small amount of suspected Methamphetamine in plain view while they were inside the residence. Due to the fact that the victim positively identified the dune buggy, combined with the fact that Moody’s story did not add up, Detectives continued their investigation. The dune buggy was subsequently recovered and returned to the victim that day. Due to the COVID-19 pandemic, Detectives were unable to arrest Moody on the day they were at his residence. At a later date and time Detectives secured warrants for the below-listed charges and Moody was arrested:

Moody is being held in the Paulding County Jail with no bond. If you have any information about this theft or any other theft involving Moody, please contact Detectives with the Criminal Investigations Division of the Paulding County Sheriff’s Office at (770) 443-3015.