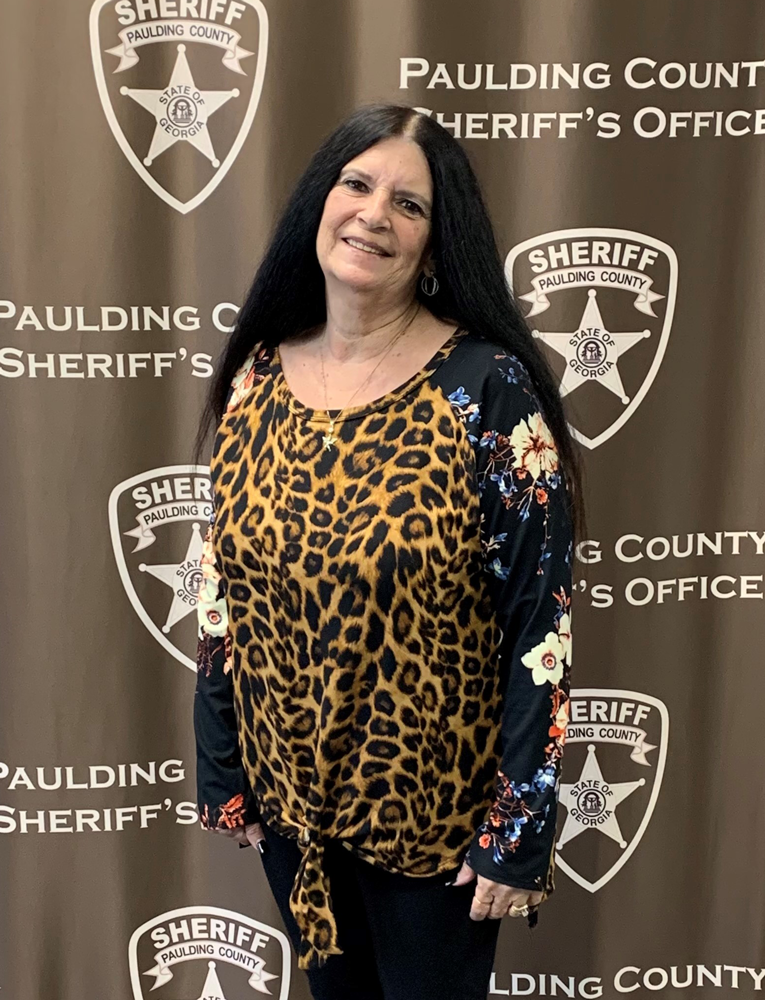 (Paulding County, GA) On Monday, January 4, 2021, Cindy Norman retired from the Paulding County Sheriff’s Office. Due to the COVID-19 pandemic, an official retirement celebration was unable to occur, but the Deputies and civilian staff at the Paulding County Sheriff’s Office were able to send her away with good wishes from afar.
Mrs. Norman began her career at the Paulding County Sheriff’s Office in 1990 as a Dispatcher. She left the Sheriff’s Office from 1993 to 1996 and returned to Paulding County E-911 as a Dispatcher from 1996 to 2004. In 2004 she came back to the Sheriff’s Office as the Assistant Terminal Agency Coordinator (TAC) in our Georgia Crime Information Center (GCIC) Division. During her over 28 year career, she served under three different sheriffs.
In 2016 Mrs. Norman was promoted to Terminal Agency Coordinator (TAC) in the GCIC Division. Her responsibilities included maintaining GCIC certifications for all of our Deputies, Detention Officers, and Civilian Staff as well as overseeing her employees. The GCIC Division is responsible for searching criminal histories, entering warrants, checking driver’s license histories as well as numerous other duties. Sheriff Gary Gulledge stated, “Cindy was a wonderful employee and was always so much fun to be around, I wish we could have sent her off with a huge party, but due to the COVID-19 pandemic we were unable to. Once everything gets back to normal, we will host an official retirement ceremony for her along with several others at a later date. I hope she enjoys time with her family and gets to relax as much as she wants.”
Mrs. Norman’s career at the Sheriff’s Office and Paulding E-911 has spanned over 28 years. During her tenure as a Dispatcher and a GCIC Operator/TAC at the Sheriff’s Office, she has seen many changes. We want to wish Cindy a happy and relaxing retirement. Now she will have plenty of time to enjoy life and spend time with her family.