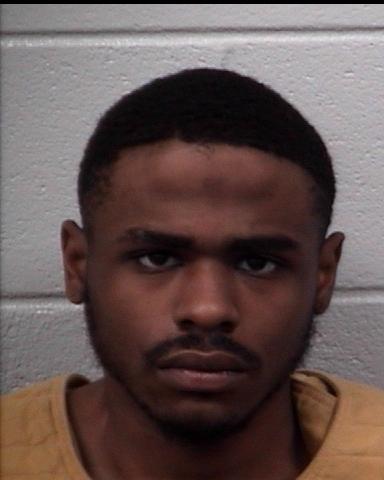 (Paulding County, GA) On Wednesday, March 24, 2021, at approximately 8:29 PM, Paulding Deputies responded to 25 Lanier Court Hiram, GA 30141, which is the amenities area (tennis court/pool area) of the Regency Park Subdivision, reference a shooting. Once they arrived, the Deputies discovered the body of the male victim, later identified as Brian Perry Belin, Jr. (B/M, 21 YOA). Deputies then secured the scene while Fire and EMS personnel attempted lifesaving efforts on Belin, Jr. Unfortunately, due to the seriousness of his injuries, Belin Jr. was already deceased as a result of multiple gunshot wounds.
As soon as they arrived, Detectives immediately began speaking with witnesses and determined that the victim and the suspect had engaged in some type of dispute. The dispute turned violent when the suspect, later identified as James Graham Ward (B/M, 19 YOA), shot Belin, Jr. in the area of the tennis courts and then fled the scene.
In the early morning hours of March 25, 2021, Deputies with the Paulding County Sheriff’s Office Warrants/Civil Division were able to locate the suspect at a residence within the city of Dallas, GA. Ward was subsequently taken into custody without incident. Thus far, he has been charged with felony murder and is being held in the Paulding County Jail with no bond. Detectives expect more charges in the coming days.
Detectives are encouraging anyone who has information about this case or were a witness, to please call the Paulding County Sheriff’s Office Criminal Investigations Division at (770) 443-3015 or you can call our anonymous tip line at (770) 443-3047.