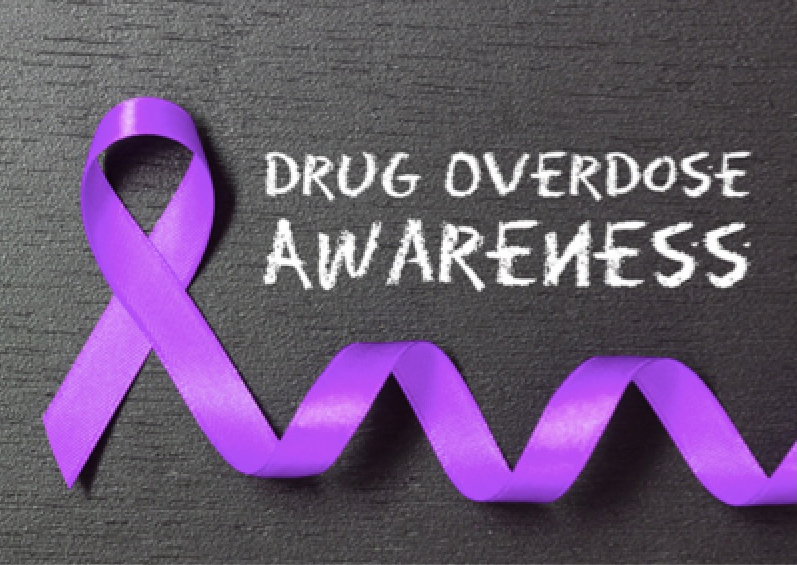 DALLAS GEORGIA: DeAnne Turner and Dodie Callison in partnership with Drug-Free Paulding, will host Paulding County’s first annual International Drug Overdose Awareness Day on Tuesday, August 31, 2021, at 7 p.m. at Veteran’s Memorial Park Gazebo, 280 Constitution Blvd., Dallas, Georgia 30132.
International Overdose Awareness Day, held every August 31, is the world’s largest annual campaign to end overdose, remember without stigma those who have died and acknowledge the grief of the family and friends left behind. The event is the conception of Ms. Turner’s and Ms. Callison’s in memory of family members who died of overdoses of Fentanyl. Drug overdose deaths in Paulding County have grown from 20 in 2018 to 44 in 2020 according to https://oasis.state.ga.us/gis/TrendableMaps/agsDrugODTrend.aspx.
Ms. Turner’s brother, Gerald Gilbert, age 28, died of an overdose on January 31, 2021. He had a history of drug misuse but had been sober for several months before his relapse. He took what he thought was a Xanax, but when the toxicology came back from the autopsy, it was Fentanyl.
Ms. Turner explained that she was obsessed with trying to help her brother recover from his addiction. She went to months of counseling to help herself understand addiction and help loved ones overcome the hold of these drugs on their lives. However, she had no idea the severity of Fentanyl. “This isn’t just addiction, this is life or death!” Ms. Turner says everyone’s life matters and that is why she wants to raise awareness of this problem. Very little Fentanyl can cause respiratory failure.
Ms. Callison lost a son to a Fentanyl overdose in May 2020. Nate Callison, age 23, worked with his brother in the HVAC field. He did not have a long-term drug problem. He was given the pill and like many young adults whose brains haven’t finished developing the ability to see risk, he took it. It was pure Fentanyl, and he died. Ms. Callison says Fentanyl is taking over the community. It can happen to anyone. It doesn’t discriminate. She wants the community to know that there are resources available to combat this epidemic.
During the Drug Overdose Awareness event, individuals in long-term recovery will share their stories. PEACE, the newly formed Paulding Recovery Community Organization (RCO), will have CARES (certified addiction recovery empowerment specialists) on hand to provide resources. Drug-Free Paulding will provide timer caps and other resources to help community members learn how to secure and dispose of prescription medications. Faith Community Christian Church will provide ribbons for the event. Candles will be lighted to signify the significance of these lives lost. Donations will be accepted to assist in the fight against overdose deaths.
The partnership between Ms. Turner, Ms. Callison, and Drug-Free Paulding to co-host this event is a natural fit. Drug-Free Paulding, a federally funded community drug prevention coalition, works to prevent drug misuse by our youth. Educating youth, parents, and the community and providing ways to secure prescriptions are just two small ways the coalition works to keep youth from drug misuse. Helping teens understand how their lives can be ruined or ended due to one choice to use drugs is foremost on Drug-Free Paulding’s agenda.
Fentanyl is a synthetic opioid that is 80 to 100 times more powerful than morphine. It was originally used as an anesthetic and is now prescribed for extreme pain. It is being added to counterfeit Xanax, Percocet, Oxycodone, and other drugs sold illegally. Fentanyl is also added to Heroin, Methamphetamine, Cocaine, MDMA, Marijuana, and other illicit drugs to get users “high” faster and addicted more quickly.
https://www.dea.gov/factsheets/fentanyl For more information, please contact DeAnne Turner ; Dodie Callison or Linda Verscharen, executive director, Drug-Free Paulding,