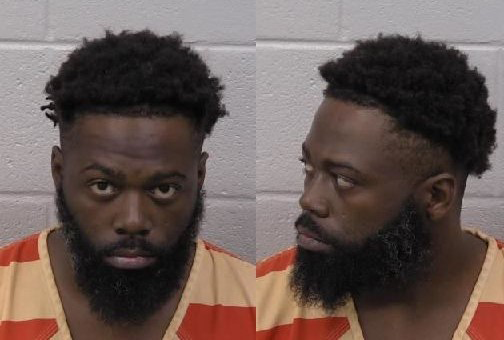 (Paulding County, GA) Deputies with the Paulding County Sheriff’s Office were called to assist the Georgia State Patrol with an uncooperative motorist that resulted in a fatal pursuit last week.
In the early morning hours of Friday, September 10, 2021, Deputies with the Paulding County Sheriff’s Office were requested to assist a Georgia State Patrol Trooper on a traffic stop. The Trooper advised that he had an uncooperative male and that he needed assistance quickly. Paulding Deputies immediately responded to the scene to assist with the uncooperative male driver who would not lower his window and provide the requested information. The male driver, who was later determined to be under the influence of alcohol, failed to comply with the Deputy and Trooper’s requests to roll down his window and provide his license and other pertinent information. At the conclusion of the incident, it was discovered that the male driver had a suspended driver’s license as well. It was then that the Paulding Deputy broke the driver’s side window out of the vehicle.
Once the window was broken out, the male driver fled and subsequently ran over the Trooper’s foot and a pursuit ensued. Deputies assisted with the pursuit until the Precision Immobilization Technique (PIT) was performed by the Trooper causing the vehicle to crash. Deputies and the Trooper immediately rendered aid to all of the occupants of the vehicle after the crash. It was later determined that an unrestrained male juvenile was fatally injured in the incident.
As a result of the fatal pursuit, Charlie Wilson Moore (B/M, 35 YOA) was arrested and charged by the Georgia State Patrol with the below-listed offenses. It must also be noted that Moore was wanted out of the Henry County Sheriff’s Office and the Covington Police Department for various charges.

As a point of clarification to the above-listed charges; in the instances where you see the same charges multiple times, these are all separate infractions where Moore committed the same offense multiple times at different locations during the pursuit. Any information related to the overall case and the subsequent pursuit should be referred to the Georgia State Patrol’s Office of Public Information.