Paulding County, GA Thanks to an initiative involving 66 Georgia Sheriffs, 35 sex offenders were arrested and 51 warrants were issued across the state from October 25 – November 1, 2021, for violations of state registration laws. In 2015, the first coordinated effort across the state was launched to conduct residence verifications and compliance checks of registered sex offenders during a specific period. The coordinated initiative became known as Operation Watchful Eye. Due to the overwhelming success of the original initiative, Georgia’s Sheriffs have made this an annual operation and recently conducted Operation Watchful Eye VI.
The Office of Sheriff is mandated by law to register sex offenders and to keep the public informed of where registered sex offenders reside, work, and attend school. Throughout the year, each sheriff’s office verifies addresses provided by registered sex offenders. While conducting residence verifications, deputies also assure additional registration requirements are being adhered to.
The purpose of this statewide effort is to create awareness that sheriffs’ offices work collectively, network, and actively engage their office by participating in statewide verification checks and other non-compliant matters to make our state safer. In numerous counties, deputy sheriffs, U.S. Marshals, U.S. Probation officers, and Department of Community Supervision probation/parole officers worked together to verify sex offenders comply with the law.
Preliminary reporting by the 66 participating sheriff’s offices reveals that 10,330 registered sex offenders, 341 predators, and 351 homeless sex offenders living in their counties. During the one week operation, 6,283 residence verifications were conducted, 59 new sex offenders moved into the reporting counties, 51 new warrants were issued for violations of the sex offender registry law, 3 warrants were issued for new sex offenses, 26 warrants were issued for residency violations of the sex offender registry and 13 warrants were issued for other miscellaneous new charges. More importantly, it was discovered that 467 sex offenders had absconded from their last known address, which will require the sheriff to work with other supporting agencies and track these individuals down.
Remember, for the protection of your family and neighbors, download the free Paulding Sheriff mobile app or visit http://gbi.georgia.gov/georgia-sex-offender-registry for more information on the whereabouts of registered sex offenders in your community. 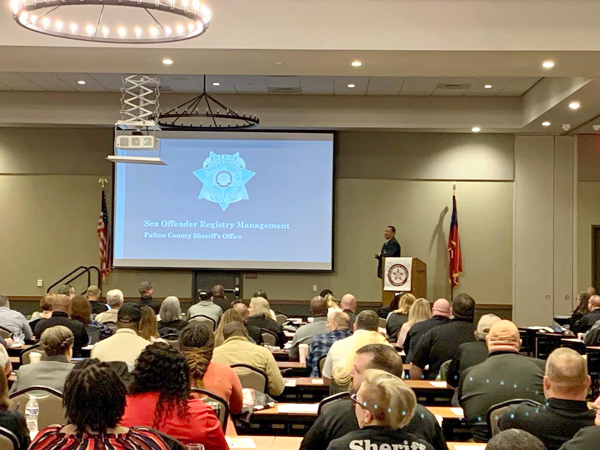