Dallas, GA –Joe M. Turner, a professional magician, and mentalist based in Paulding County, will join the Magicians on Mission: Magic and Comedy Tour to multiple military bases in the Southwest Asia region in August and September 2022. The tour departs on August 24 and concludes on September 4, during which time they will entertain thousands of United States troops in various locations in Southwest Asia.
For security purposes, the specific countries being visited cannot be named until after the performances.
Turner is a professional speaker and corporate entertainer who has performed on six continents. During the early months of the pandemic, he launched a virtual Zoom magic show that was seen around the world and which was recommended twice in The New York Times. He has co-produced “Atlanta Magic Night,” the longest-running magic variety show in the city, since 2014.
Magicians on Mission is a 501 (c)(3) non-profit organization that partners with Armed Forces Entertainment and other organizations to deliver world-class magical entertainment to our nation’s active service military personnel, especially those deployed overseas. 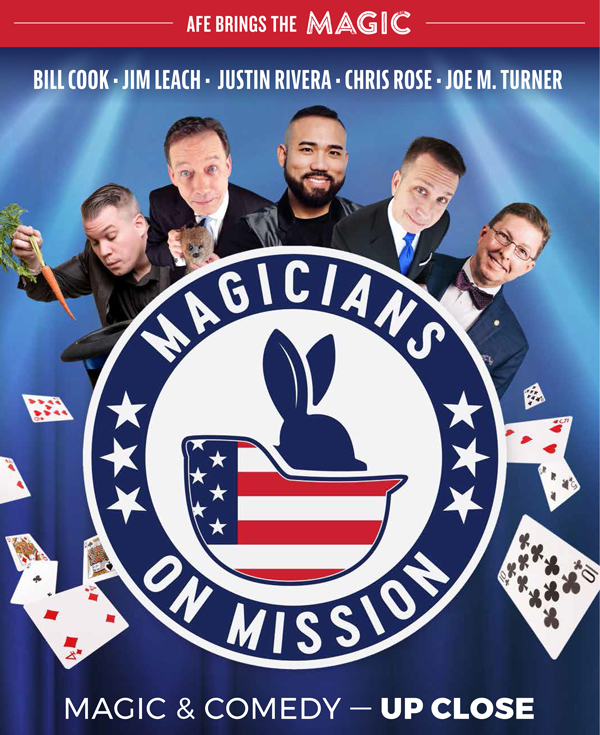