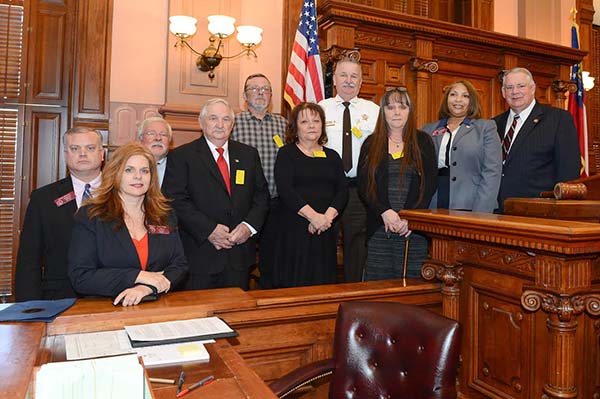 On Thursday, February 19, 2015, the Georgia House of Representatives paused from their regular legislative duties and took a special moment to honor Paulding County Sheriff’s Corporal Sam Driskell, who passed on January 6 of this year. 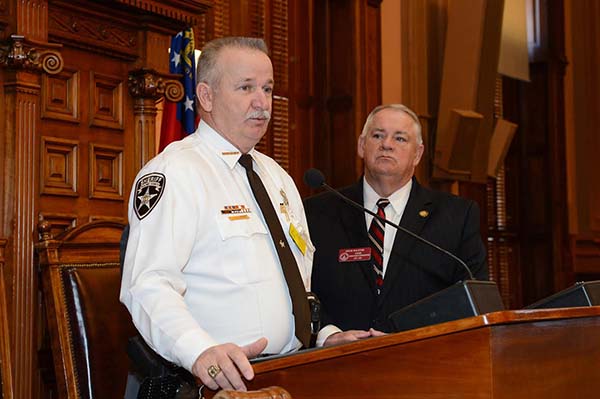 Members of the Driskell family were invited to the Capitol and presented with a special resolution honoring the life and service of Cpl. Driskell. Family members present included Sam Driskell’s father - Howard Driskell, brother – Allan Driskell, sister’s - Theresa Britton and Susan Ramey, and niece Rachel Britton. Also present was Paulding County Sheriff Gary Gulledge, who spoke to the members of the House of Representatives on behalf of the family and the Paulding County Sheriff’s Office. Colleagues of Cpl. Driskell from the Sheriff’s Office also made the trip to the capitol. 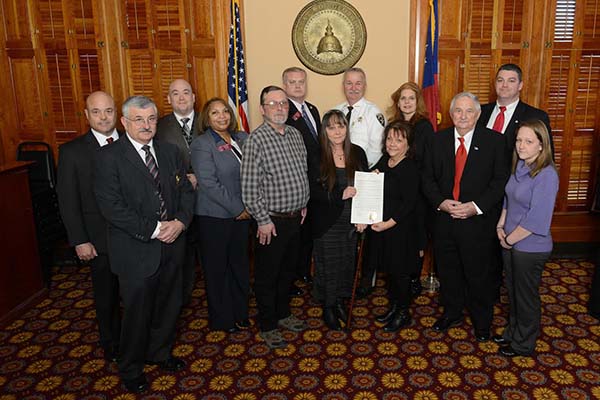