Ms. Cupid Brown is a young lady who has loved motorcycles from her youth to her nineties. Ms. Brown, grew up in Alabama on a farm that raised animals and produced a variety of crops including peanuts and cotton. She is the widow of Glen T. Brown, a World War II veteran, to whom she was married to for 32 years. Ms. Brown, recently came to Georgia from Florida to live with her special grandson Gerald Brown and his wife Tammy, with whom she is very close.
Tammy has relayed that Ms. Brown or “Grandma Cupid” was a pioneer in her day and “gave her mother fits with all the things she used to do.” An avid motorcycle rider, Ms. Brown’s family said that she began riding at a time when it was “frowned upon” for women to ride. According to Tammy, in addition to riding motorcycles, her Grandmother has also flown planes and would sky dive.
While out and about in Paulding County with Tammy, Ms. Brown, a former emergency room and surgical nurse, would often comment about her love for motorcycles. Tammy thought that there must be a way for her to get “Grandma Cupid” to ride again. She posed a question on the social media site, Facebook, to see if anyone could help. Linda Verscharen, a friend and neighbor of Tammy’s knew of the American Legion Riders at Post 111 from their charity work and she soon contacted John Cagle, President of the organization to make the arrangements.
On July 17, 2016, Ms. Brown, was escorted by her family and friends to American Legion Post 111 on Scoggins Road in Dallas. It was a beautiful day for Ms. Brown’s ride. It was decided that she would be most comfortable riding with Mike Clark, on his trike. Suited up with a helmet, they took off for a scenic tour of Paulding County and were accompanied by a number of officers and members of the American Legion Riders. Upon return to Post 111, Ms. Brown and her family were treated to a luncheon, prepared by members of the American Legion, the Ladies Auxiliary, the Sons of the American Legion and the American Legion Riders.
Both “Grandma Cupid” and the Legion Riders look forward to their next ride together! 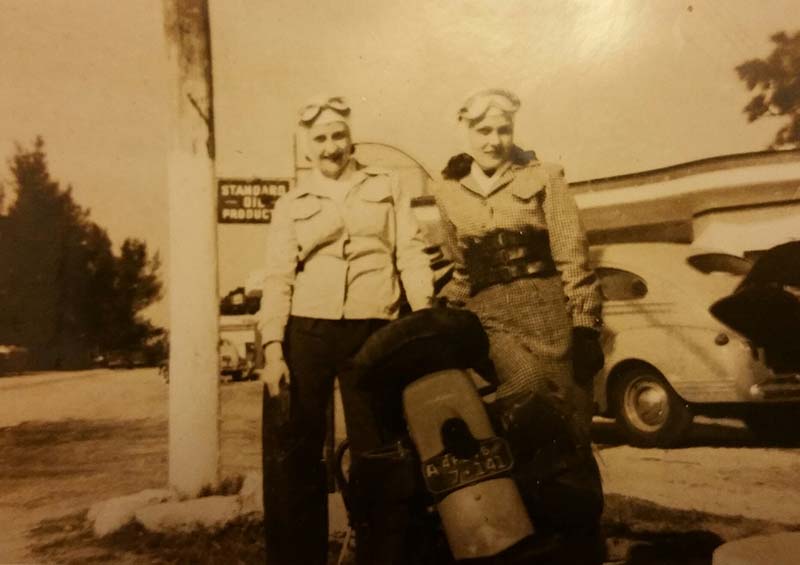 Photo 1: 1944: Cupid Brown, right, after a motorcycle ride with a friend. (Photo courtesy of Cupid Brown.) 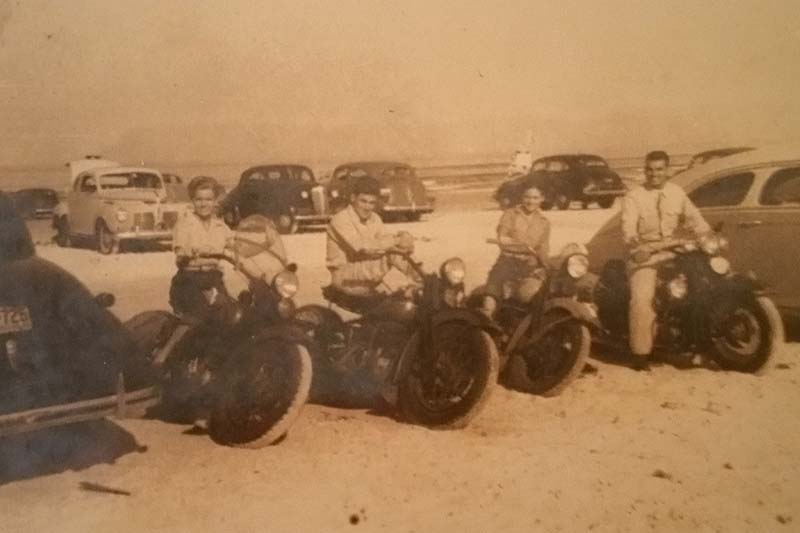 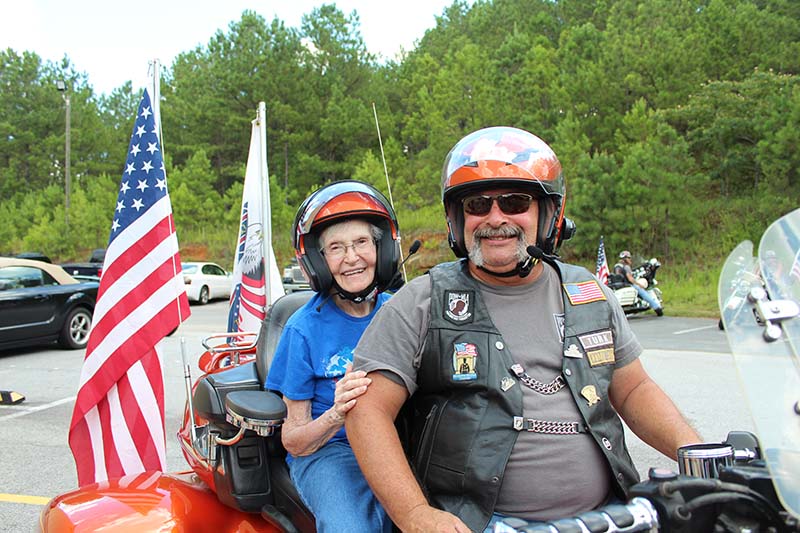 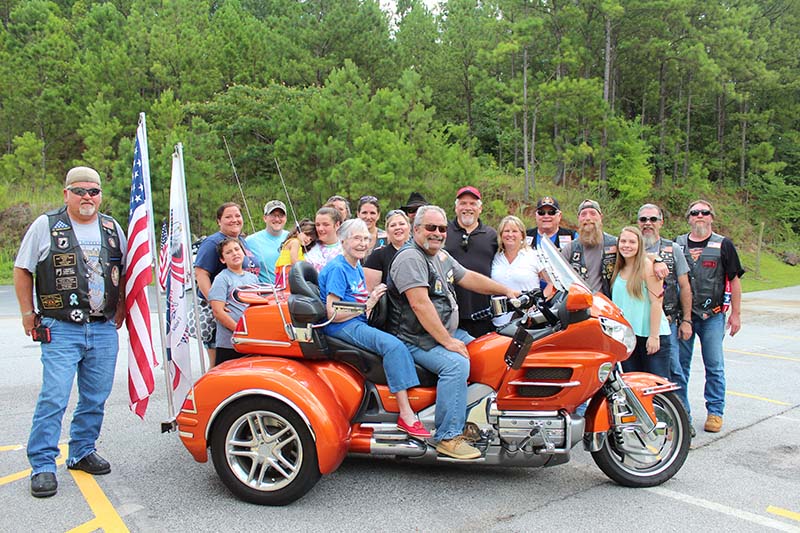