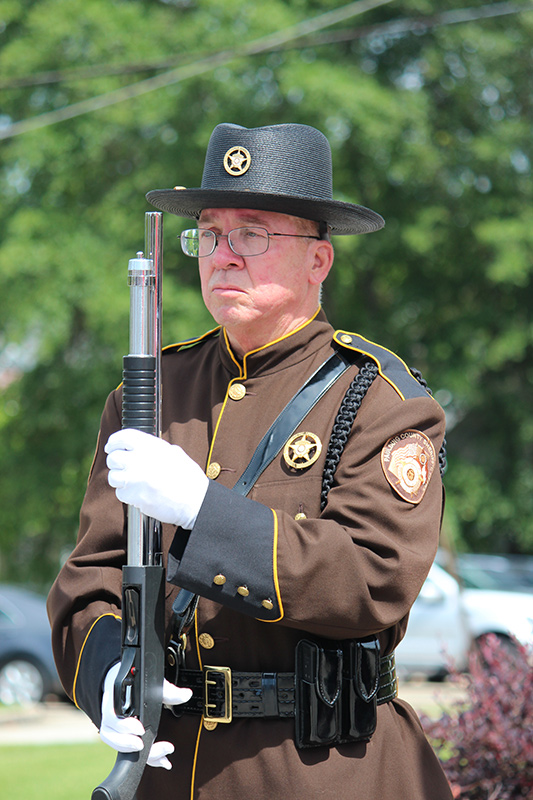 American Legion Post 111 and members of the Paulding County Veterans Memorial Committee held a Memorial Day Service downtown Dallas on Monday, May 29, 2017 at 11:00 AM. The 24th Annual service was held in honor of all members of the United States military who died while serving our country, with a special remembrance for the eighty-two Paulding County Veterans who perished in World War I, World War II, Korea, Vietnam and in the Middle East.
Taunia Stein of the American Legion Auxiliary Unit 111 distributed programs, and poppies made by United States Veterans prior to the opening ceremonies.
The service began with a stunning presentation of colors by members of the Paulding County Sheriff and Fire Department Honor Guards. This was followed by our National Anthem, sung beautifully by Ms. Tabitha Ketchum. The crowd gathered for the occasion then recited the Pledge of Allegiance in unison. Mr. William McPherson, Chaplain of American Legion Post 111 provided the invocation.
After the invocation, Mr. John Black, Commander of American Legion Post 111 welcomed the audience and introduced the keynote speaker, Judge W.A. (Bill) Foster, Senior Superior Court Judge, Paulding County.
Judge Foster spoke of two men, one who “gave his life,” Lt. Richard C. Craig, of Detroit, Michigan and another who “gave his health,” PFC Grover C. Baggett, of Paulding County. Judge Foster told the compelling story of Lt. Craig’s plane crash and ultimate demise during World War II. PFC Baggett, who “stormed Normandy Beach” served time as a Prisoner of War and consequently suffered a lifetime of health issues. Judge Foster described the bravery of each man and the sacrifices they made to ensure our freedom today.
Afterwards, members of the American Legion Post 111 and of the Daughters of the American Revolution processed forward and brought forth a wreath and an arrangement, both consisting of red, white and blue flowers.
In concluding, a solemn Moment of Silence was held in remembrance of the fallen service members followed by an impressive Twenty-One Gun Salute by the Paulding County Sheriff’s Department Honor Guard under the direction of Lieutenant Randall Gravett. The Memorial Day ceremony was concluded with the playing of taps by a member of the Paulding County Sheriff’s Department.
In addition to the Memorial Day Service a “Corridor of Flags” was erected on Highway 278. The flags represent the eight-two service members from Paulding County who lost their lives serving our country. The flags start at Buchanan Highway in Dallas and end in Hiram.
Please plan on attending the Memorial Day service next year on Monday, May 28, 2018, beginning at 11:00 AM. 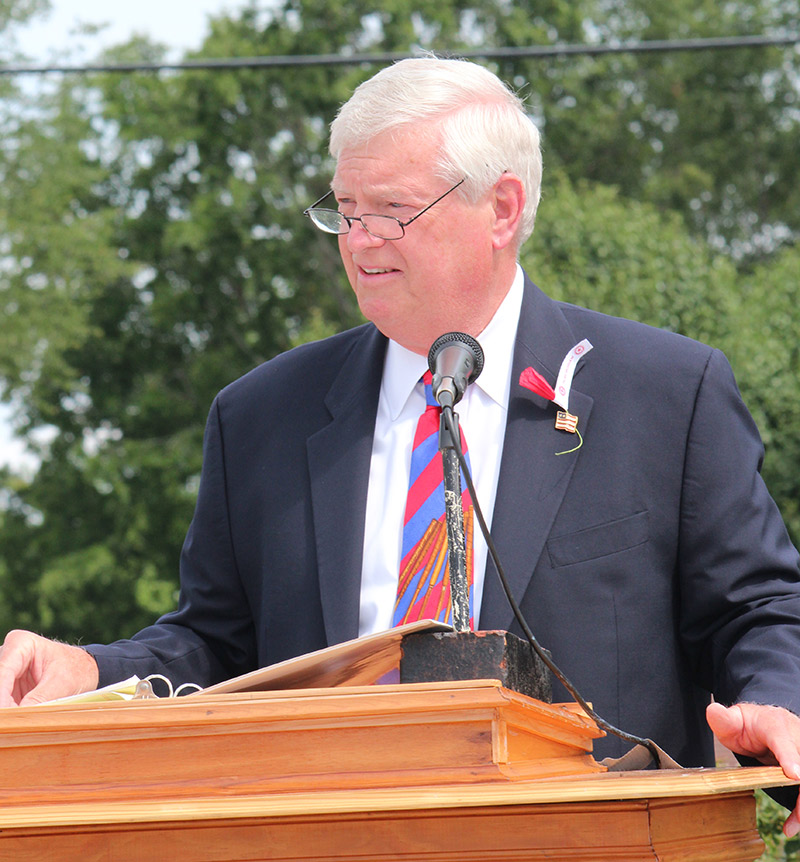 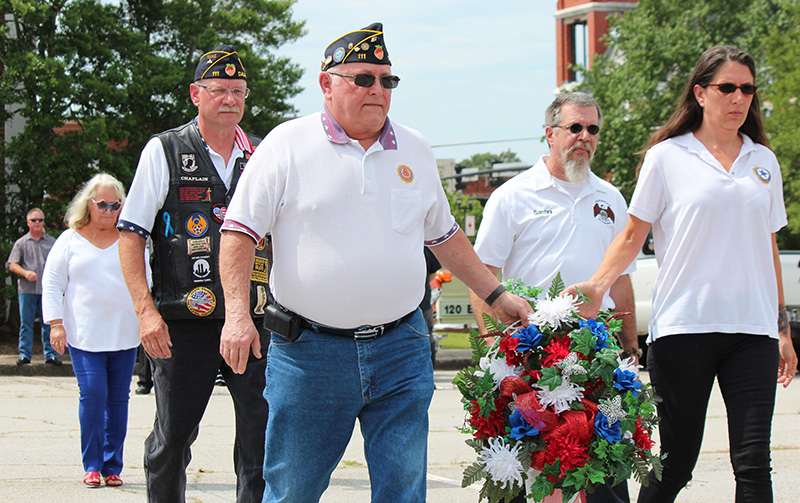