The American Legion recently recognized four veterans for their outstanding volunteerism at Post 111 in Dallas. Those honored were Max Thomas and George Delmar Cook, both U.S. Air Force veterans, Billy Cooper, a U.S. Marine and Harold Thomason, who served in the U.S. Army.
Max Thomas, served in the Air Force for twenty-two years, from 1951 to 1973. He served in both the Korean and Vietnam Wars, receiving numerous commendations, including the Bronze Star. A member of the American Legion for thirty-four years, Mr. Thomas served as Bingo Chairman and was the Post’s Finance Officer for five years.
George Delmar Cook, also an Air Force veteran, served for four years from 1951 to 1955 during the Korean War. He has been a member of the American Legion for fifty-two years. Mr. Cook is known as a tireless worker – fundraising, cooking and cleaning. He also served on the Executive Board and was the Post’s Chaplain for many years.
Bill Cooper, a Marine veteran, served from 1953 to 1956 during the Korean War. He has been a member of American Legion Post 111 for forty-six years. Throughout the years, Mr. Cooper has been an active volunteer helping at many activities sponsored by the Post. He has held several Officer positions, including being a member of the Executive Board for a number of years.
Harold Thomason, an Army veteran, served for four years during the Korean War. He received several commendations for his service. A member of Post 111 for sixty-two years, Mr. Thomason has been a significant volunteer, including serving as Post Commander in 1973.
A dinner, prepared by members of the Legion Family, consisting of members of the American Legion, the American Legion Auxiliary, the Sons of the American Legion and the American Legion Riders, was held in their honor and each volunteer was presented with a plaque thanking them for their service to both their Country and to Post 111.
Membership in the American Legion is open to eligible war era veterans and their family members. To learn more about Post 111 in Dallas, at 2587 Scoggins Road you may contact the Post at (770)445-2759. Look for upcoming American Legion Events at Post 111 on Facebook. 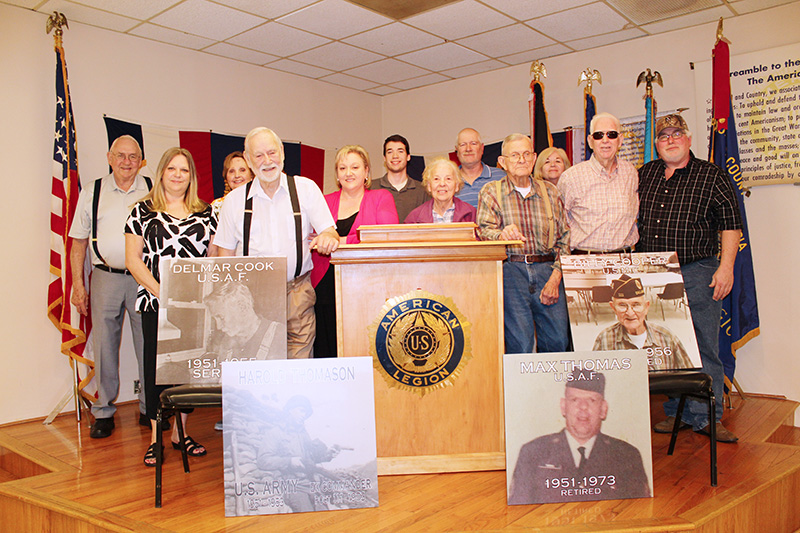