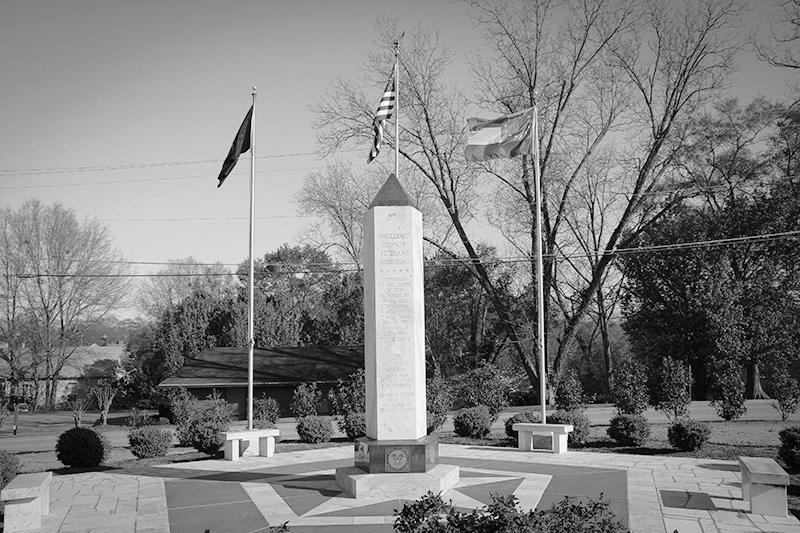 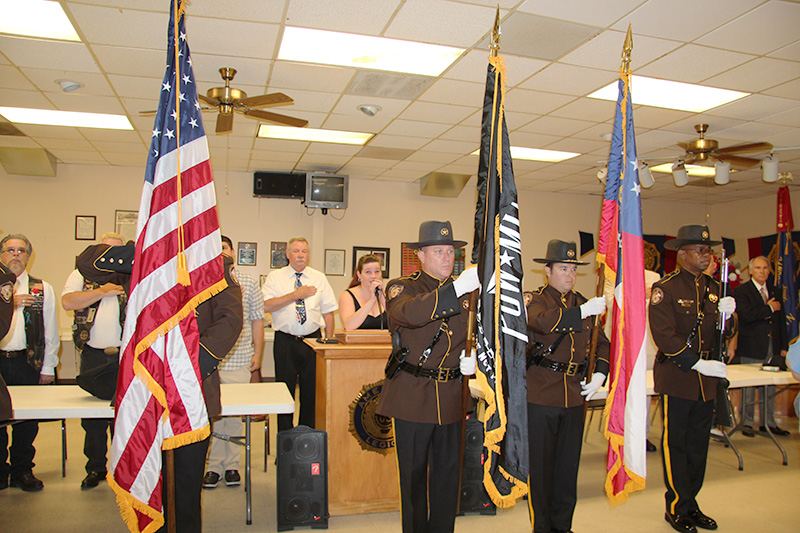 During the first part of his speech, Mr. Crew spoke about three principals of success - preciseness, compassion, and forgiveness. He relayed that each of these principals applied not only to those in the military but also to everyday citizens. "Preciseness" is important to do a job right, "compassion" is needed for teamwork, and "forgiveness" is needed to learn from and move on after mistakes so that they “don't drag you down.”
Mr. Crew then gave examples of two local Veterans who embodied these principals of success - Captain Hal C. Hutchens, of the United States Army and Lt. Colonel Captain Thomas H. Rogers Jr. of the United States Marine Corps. Amongst many other accomplishments, Captain Hutchens was awarded the Silver Star, "the United States military's third-highest medal for valor in combat" during World War I, while Lt. Colonel Rogers, who served for twenty-three years, including time during World War II and Korea, was presented two Bronze Stars for "heroic or meritorious achievement or service," as well as a Purple Heart.
In concluding, Mr. Crew encouraged those in attendance to remember that the United States "is the home of the free, because of the brave."
After the keynote address, Mr. Devon Morgado, an active member of the Army National Guard; Mr. John Cagle, the current Director of the American Legion Riders; Mr. Terry Sargent, the Director-elect of the American Legion Riders; Mr. Jason Morgado, a U.S. Army Veteran; Mr. Tony Propst, a U.S. Air Force Veteran and Mr. Jason Ausmus, a U.S. Army Veteran, recited the names of the fallen Paulding County Veterans who gave the ultimate sacrifice. 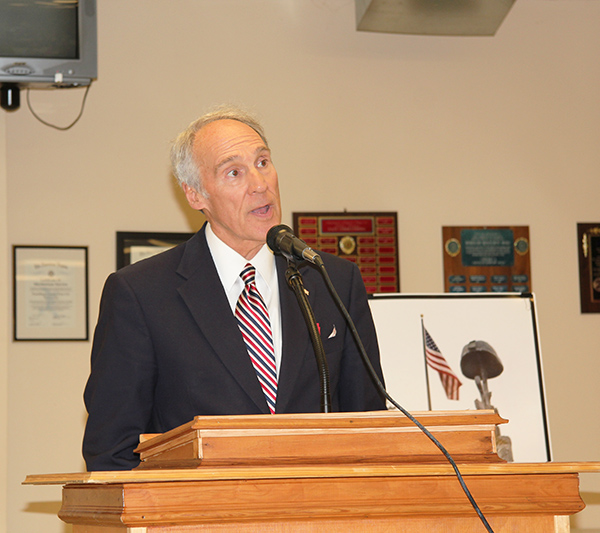 Chaplain McPherson then presented a baseball hat to the oldest member in attendance from each branch of service.
In concluding, a solemn Moment of Silence was held in remembrance of the fallen service members followed by the always impressive Twenty-One Gun Salute by the Paulding County Sheriff’s Department Honor Guard under the direction of Lieutenant Randall Gravett. The Memorial Day ceremony was concluded with the playing of taps by a member of the Paulding County Sheriff’s Department.
American Legion Post 111 and the Paulding County Veterans Memorial Committee send their sincerest thanks to everyone who, despite the weather, participated in or attended the 2018 Paulding County Memorial Day ceremony to honor our fallen service members.