The origin of the term “Gold Star” can be traced back to World War I where it became practice for families with those serving in the military to place a service flag in a visible window of their home. The flags, which hang vertically, have a white rectangular center surrounded by a thick red border. In the center of the white area, a blue star was displayed for each member of the household that was serving in the military. If the service member died during service, their blue star was replaced with a gold star, hence giving birth to the terms “Gold Star Mother” and “Gold Star Family.”
In this spirit of gratefulness and support to our local Gold Star families, a special day was planned for them by the American Legion Auxiliary, headed by President, Mrs. Wanda Callahan, whose husband, Wayne Callahan is a Past Commander of Post 111. The families gathered together and were escorted to Post 111 by the American Legion Riders. Upon arrival at the Post, they were greeted by a flag line consisting of members of the Legion Family, Legionnaires, Auxiliary, Junior Auxiliary, Sons and Riders. Mrs. Callahan, along with Iwo Jima Veteran James “Jim” Stockton and Mrs. Patsy Carroll, an Officer of the American Legion Auxiliary, welcomed the families to the Post where they were treated to a lunch prepared by Chef Brett Reece.
The family members in attendance this year were Lisa and Don Brown, parents of Senior Airman Donald H. “Trey” Brown III, Reverend Tommy, and Karen Dingler, parents of Army Specialist, Joshua P. Dingler, Claire Estopinal, mother of U.S.M.C. Private First Class, Jason Hill “JJ” Estopinal, Cathy Wells along with Patricia and Richard Trapanese, mother and grandparents of USMC Lance Corporal Squire Kimpton P. “Skip” Wells. Those unable to attend were the families of Army Sergeant Michael C. Hardegree, U.S.M.C. Lance Corporal Scott D. “Boots” Harper, Army Specialist Ryan C. King, Army Sergeant First Class and Congressional Medal of Honor Recipient, Paul R. Smith.
Members of the American Legion family have stated that it was both “an honor” and “a privilege” to provide a luncheon and spend an afternoon with these “wonderful” Gold Star families. If members of the public know or encounter any Gold Star families, please be sure to thank them and show your support. They have sacrificed so much and we can never thank them enough.
If there are any Gold Star families that would like to attend the 2019 luncheon, please email or write to the American Legion Auxiliary, at Post Office Box 1951, Dallas, GA 30132. 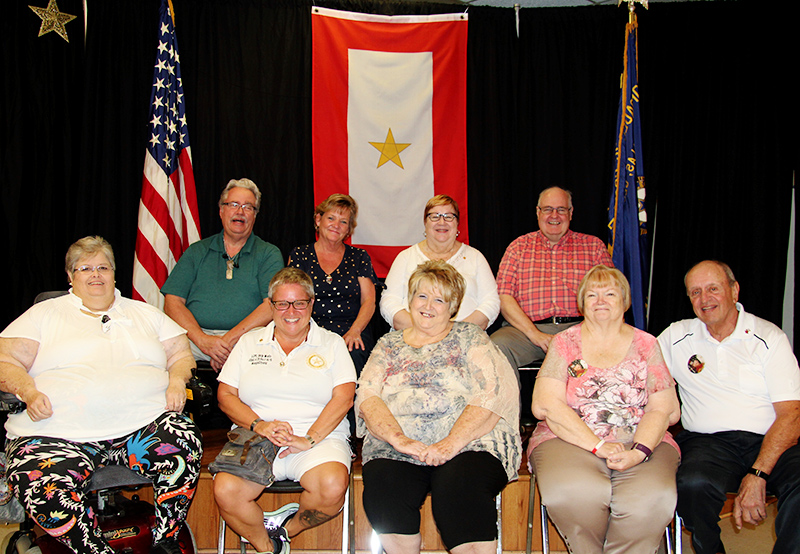