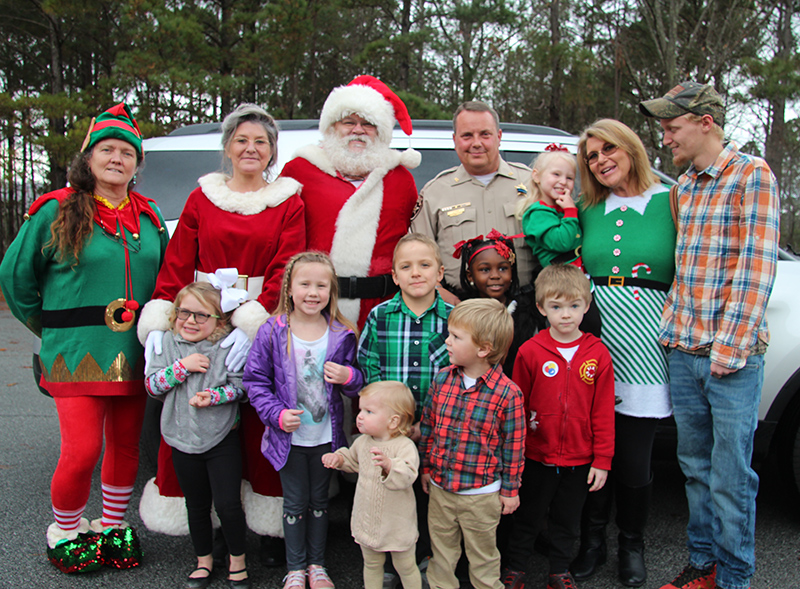 American Legion Post 111 had a busy holiday season conducting a toy drive and hosting Santa and Mrs. Claus, who came to visit from the North Pole.
In November, the Post kicked off their 2nd annual “Toys for Tots” campaign at the conclusion of their U.S. Marine Corps Birthday Celebration. The Marine Corps birthday was selected as the kick-off date for the program because it was started in 1947 by a U.S. Marine Corps Reserve Major, Mr. Bill Hendricks. Actually, it was his wife, Mrs. Diane Hendricks, who was the inspiration behind the program. She handcrafted several dolls and asked her husband to deliver them to an agency that supports children in need. When the Major reported back to his wife that he could not find such an organization, she instructed him to start one! Major Hendricks enlisted the help of his Marines and the program, now known as “Toys for Tots,” was born.
Last year, the American Legion, a wartime veteran’s organization, hoped to fill at least one large box of toys. They ended up filling two boxes and a good amount of a trailer. This was due to support, not only, from the Legion family, but also, from the community. A teacher from Allgood elementary school just about filled up an entire box by herself. A local hunting club brought hundreds of dollars of toys. Encouraged by this showing of support from the community, the Post signed up for the program again in 2018.
This year not only did Post 111 again receive tremendous support from their own groups at the Post, The American Legion, The American Legion Auxiliary, The Sons of the American Legion and the American Legion Riders but also, from the community as well. The Paulding County Commissioner at the time, Dave Carmichael, contacted the Post and offered to help collect toys for the program at his offices. Members of the Dallas Police Department, the Paulding County Sheriff’s office and a local hunting club, all personally donated toys.
The American Legion extends a big thank you to the community for their contributions to their 2nd Annual “Toys for Tots” campaign. The Legion happily reports that this year six boxes and two large bags, were collected, more than tripling collections from last year.
Then in December, Santa and Mrs. Claus, took time away from their workshop to visit Paulding County. They were escorted to American Legion Post 111’s 4th Annual “Cookies with Santa” event by Detective Sergeant James Foy of the Paulding County Sheriff’s Office.
Santa and Mrs. Claus very much enjoyed visiting our local Paulding County children. Professional photographer Brett Reece, of Pro Sound Productions Inc., was on hand to take photos of the children visiting with Santa. Cookies and drinks were provided by members of the American Legion family. Many of the children drew pictures, made cards and wrote notes to our military members. The cards will be sent to service personnel stationed overseas. 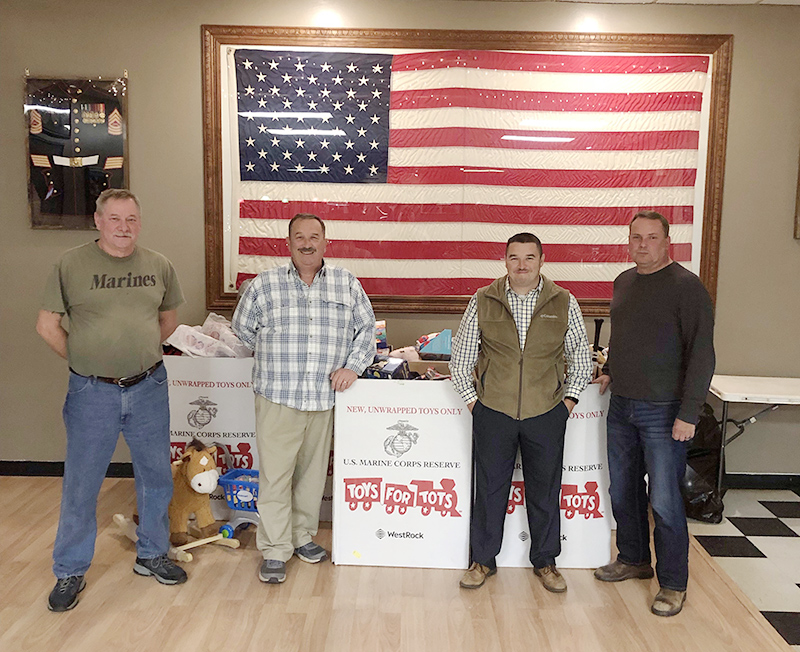 American Legion Post 111’s Commander, Bill Fleisch, extends his thanks to everyone who donated and supported the Post with the “Toys for Tots” campaign. He has been in touch with Santa and Mrs. Claus who relayed their thanks, as well as their hope, to visit beautiful Paulding County and our local children again next year.