American Legion Post 111 and members of the Paulding County Veterans Memorial Committee held a Memorial Day Service downtown Dallas on Monday, May 30, 2016 at 11:00 AM. The 23 rd Annual service was held in honor of those who died while serving our country, with a special remembrance for the eighty-two Paulding County Veterans who perished in World War I, World War II, Korea, Vietnam and in the Middle East.
Members of the American Legion Auxiliary Unit 111 distributed programs, and poppies made by United States Veterans prior to the opening ceremonies.
The service began with a stunning presentation of colors by members of the Paulding County Sheriff’s and Fire Departments, followed by our National Anthem, sung beautifully by Ms. Tabitha Ketchum. The large crowd gathered for the occasion then recited the Pledge of Allegiance in unison. Mr. William McPherson, Chaplain of American Legion Post 111 provided the invocation.
After the invocation, Mr. John Black, Commander of American Legion Post 111 welcomed the audience and introduced Dr. Jerry Rochelle, the keynote speaker. During his speech, Dr. Rochelle stressed the importance of remembering and honoring the service members who gave the ultimate sacrifice and never returned home to their families after war. Further, he acknowledged members of the deceased service member’s families, known as “Gold Star” families and recognized their sacrifice. By a show of hands, at least one Gold Star family, the Hornbuckle’s, were in attendance. They lost not only one, but two family members during World War II. 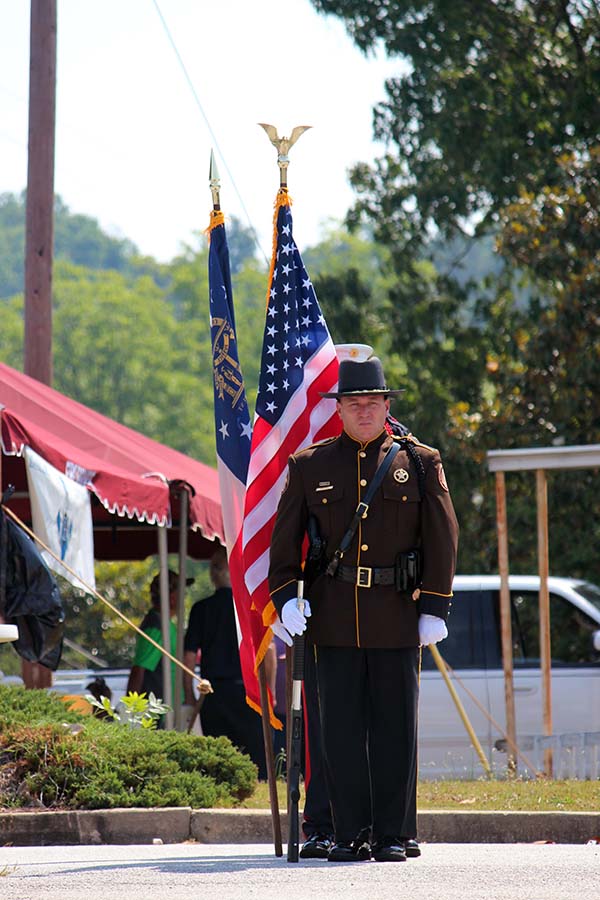 In concluding, a solemn Moment of Silence was held in remembrance of the fallen service members followed by an impressive Twenty-One Gun Salute by the Paulding County Sheriff’s Department Honor Guard under the direction of Lieutenant Randall Gravett. The Memorial Day ceremony was concluded with the playing of taps by Detective Lenny Carr of the Paulding County Sheriff’s Department.
A ceremony at the Paulding County Memorial is planned again for next year and will be held at 11:00 AM on Monday, May 29, 2017.
Furthermore, the American Legion Ladies Auxiliary Unit 111 in Dallas will be hosting their second annual luncheon for Gold Star families on Sunday, September 25, 2016 at 2:00 PM. Since 1936, Congress has reserved the last Sunday in September has as “Gold Star Mother’s Day,” a day reserved for the “public expression of the love, sorrow and reverence of the people of the United States for the American Gold Star Mothers." In recent years, by Presidential Proclamation, the day as been termed “Gold Star Mother’s and Family’s Day.” If you are or know of a Gold Star family that would like to attend this event in Dallas, please e-mail for an invitation. 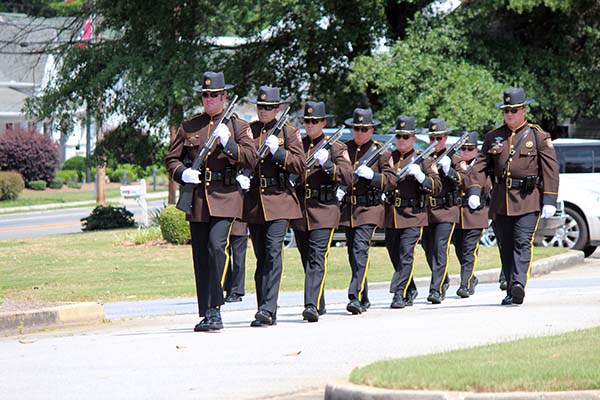