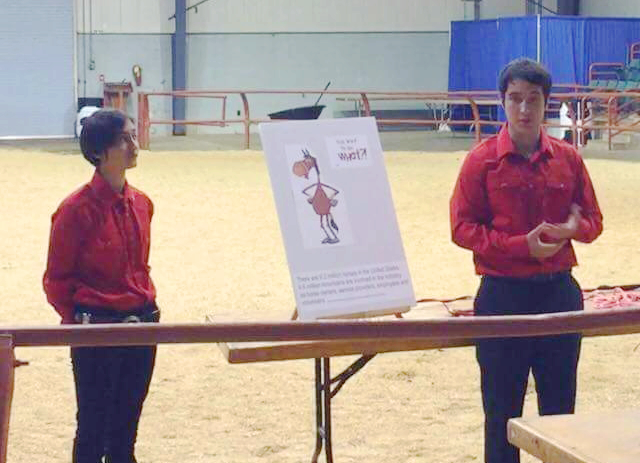 This year, Paulding County 4-H Horse and Pony Club competed in the 2018 Georgia State 4-H show in Perry, Georgia, held from June 11th through June 15th. Paulding county sent five competitors this year: Miranda McTyre, Juliette and Nicholas Mckinley, Ashley Rossman, and Macardie Kilgore.
Miranda McTyre competed in two classes: Senior Hunter Showmanship in Hand and Senior Hunter Under Saddle, which she placed third for both. She was set to compete in more, but unfortunately, while she was practicing for one of her classes, she injured her knee which caused her to discontinue her attempts at the show.
Macardie Kilgore was the only cloverleaf (under 6th grade) 4-H’er from Paulding to compete in the Saddle Seat Division. She competed in three different classes: Showmanship in Hand, Cloverleaf equitation, and Cloverleaf Pleasure. She placed second in all of her classes and was the Reserve Champion for the division in her age group.
Ashley Rossman competed in four classes: Senior English Showmanship in Hand, Senior Equitation, Senior Pattern Equitation, and Senior Racking. She respectively won two thirds, a second, and a first.
Juliette competed in Senior Hunter Showmanship In Hand, Hunter Hack, and Senior Hunt Seat Equitation. She placed in two of those classes finishing with a seventh and tenth place.
This is where 4-H gets interesting. It does not solely have the horse competition, but also education contests. Juliette Mckinley and Ashley Rossman both entered the photography contest and respectively won fifth and fourth in photography. Additionally, Juliette and Nicholas won the Senior Team Demonstration with the topic of natural horsemanship. Juliette also took first in the individual demonstration. Juliette entered in and won the essay contest; she additionally took fourth in her painting.
Juliette, Nicholas, and Ashley will be representing Georgia in the 4-H Southern Regionals, which is a competition between the thirteen southern states. Juliette and Nicholas will be competing in the team demonstration, and Ashley will be showcasing for the racking class. 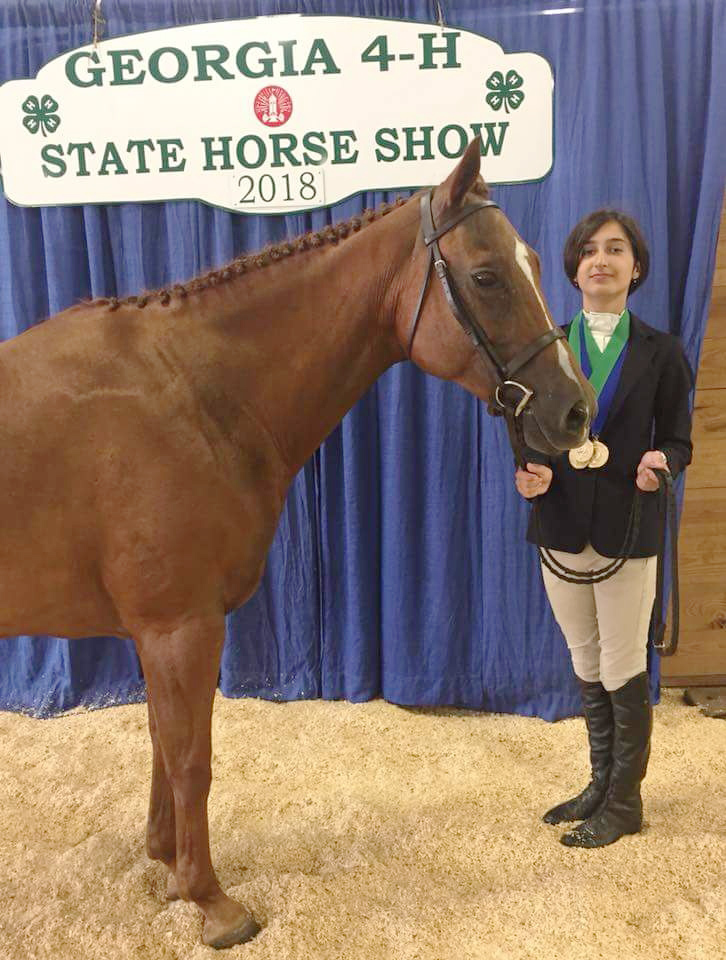 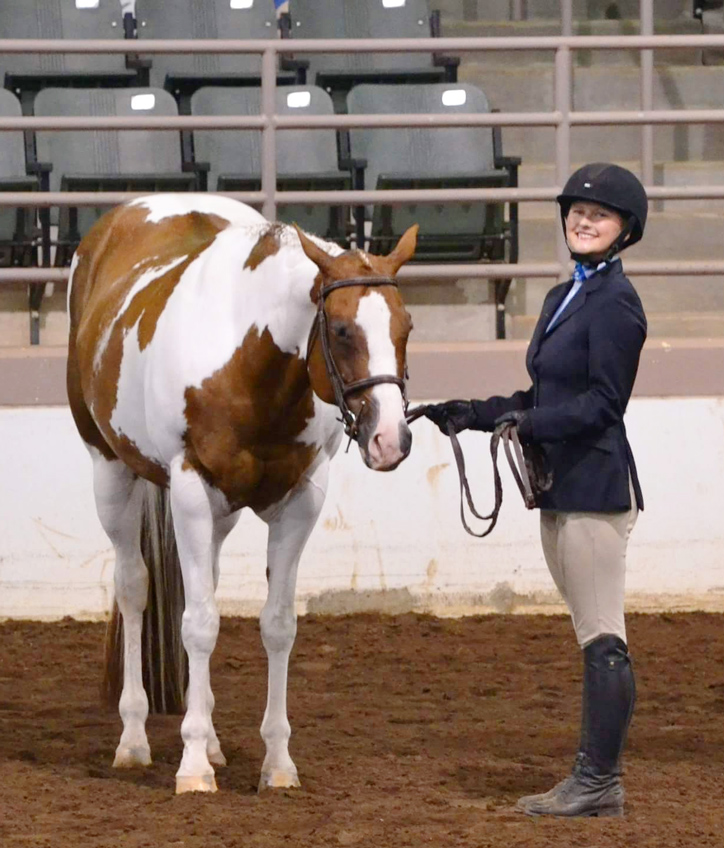 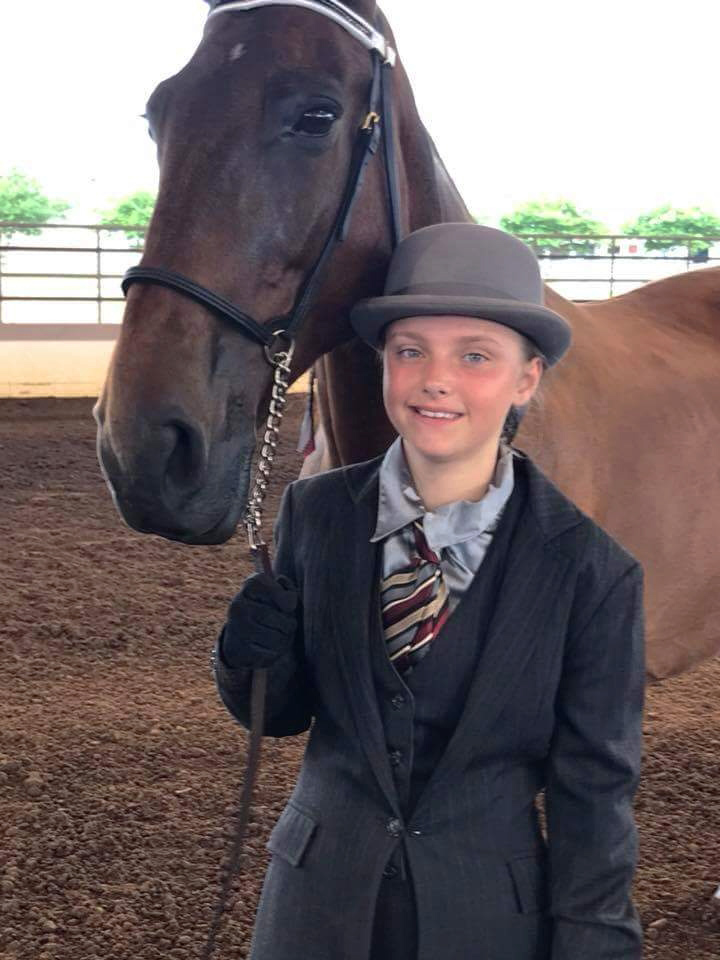 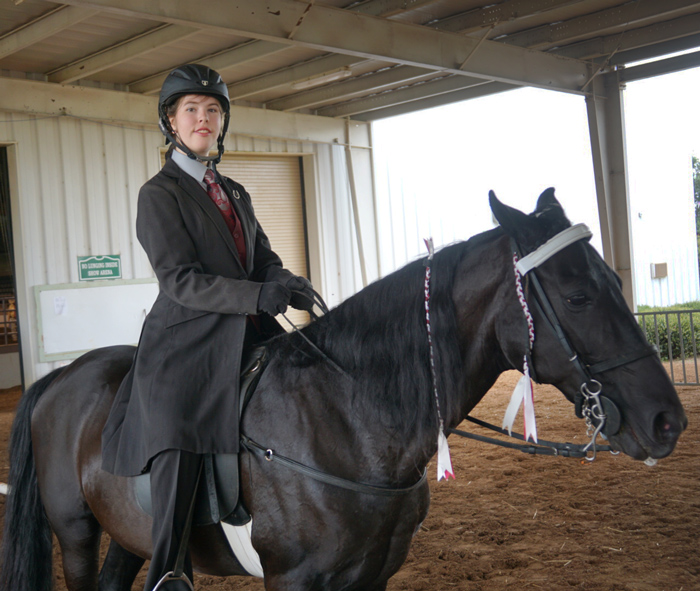