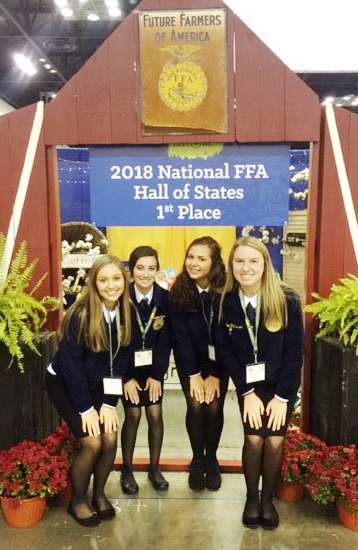 The Paulding County FFA was named the national winner of the 2018 National FFA Convention Hall of States competition. The Paulding County chapter, whose advisors are Mrs. Maggie Richards and Mr. Tom Liles, along with FFA members, Chloe Moody, Layne Ammons, Hunter Ammons, and Kaylee Patterson constructed a display that featured the top ten agricultural commodities in the state of Georgia. FFA members were evaluated by a panel of judges on how well they knew their state’s agricultural facts, official dress, and creativity of the display. Paulding County FFA members received almost a perfect score of 74 out of 75 points. Their display was featured in the Expo portion of the Convention, where they competed against 38 other states for the National title. In addition, one hundred and thirty-four Georgia FFA members received the American FFA Degree, the highest degree offered to an active FFA member. These students spent years developing their Supervised Agricultural Experience (SAE) programs to reach this honor. This is the largest class of American Degree recipients in the history of Georgia FFA. Two of those American Degree recipients came from Paulding County FFA. Kaitlin Nicole Gaskin and Meredith Paige Hornbuckle were both able to wear their blue and gold corduroy FFA jackets one last time as they walked across the stage in Indianapolis to receive this prestigious award 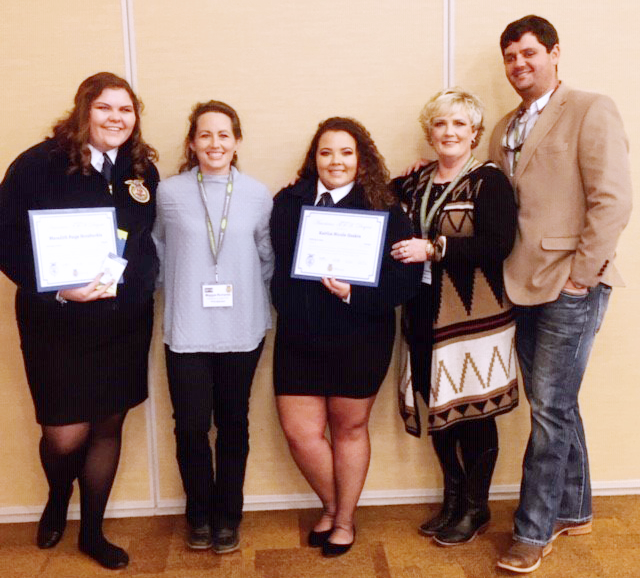