Where is the moonshiner’s automobile with the large hole in the side, shot there by Reverend Robert Stewart 91 years ago in Draketown? Why did the moonshiners attempt to abduct the pastor? Why did they shoot the pastor’s wife, Alice, twice - once in the back when she lay face down?
These questions are answered in the new book, Draketown Tragedy, by local co-authors Elaine Bolden Bailey and Patricia Lamar Mullinax.
“Arreda Bingham told me what happened in Draketown when she came into the beauty shop where I worked in 1989. For almost 30 years I’ve wanted to write this story,” explained Trisha Mullinax. 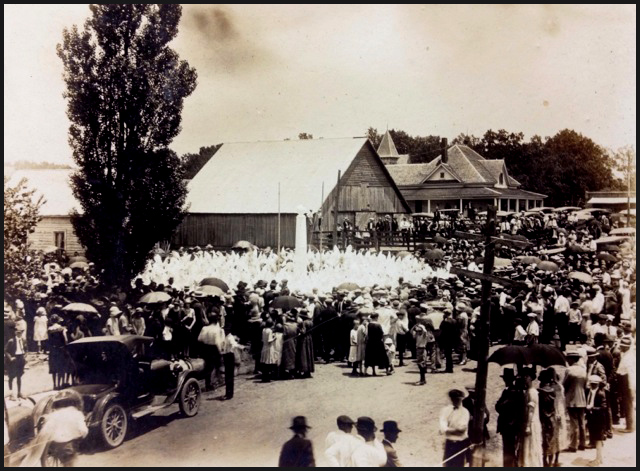 Trisha shared this story of what happened in 1924 to Alice Stewart in Draketown with her friend, Elaine Bailey, who had written a novel Tracks; and, the non-fiction The Explosion in Villa Rica. Elaine was drawn in and for the next year and half these two local ladies researched Draketown history and interviewed historians and old timers in Haralson and adjacent counties.
“For the first six months of research, we came up with more questions than answers,” Bailey said. “Where were the court records? Why were the newspapers from 1924 through 1926 missing from the county libraries?”
When interviewing the older folk, they were told, “Oh, we don’t talk about that. That was a long time ago.” That’s what their parents had told them when they questioned why the white marble, 15 foot obelisk stood in the center of Draketown.
For 91 years, people have wondered about the monument and why it was there. Despite an inscription on the side, questions remain.
“Our breakthrough came when we found Alice Stewart’s granddaughters who gave us the oral history and shared amazing photographs,” related Bailey.
“Our greatest dilemma in writing this book was telling the story of the moonshiners, explained Bailey. "Ten men were arrested. Some were released immediately; five went to trial. No one was convicted for the murder of Alice Stewart. No one paid for her death.
"Even though the newspapers printed the names of the accused," Bailey continued, "we changed the names since descendants still live in the surrounding counties. Changing some of the names means the book is ‘fiction based on fact.’”
Meet the authors, who will be reading excerpts from the book at the book signing for Draketown Tragedy, on March 12, 2016 from 1:00 - 3:00 p.m. at the New Georgia Public Library, 94 Ridge Road, Dallas, Georgia 30157.

Draketown at the monument unveiling ceremony, May 31, 1925. This photo is on the front cover of the book, Draketown Tragedy.