The Paulding Chamber of Commerce continued its tradition of honoring local public safety officials for their outstanding service at our Georgia Power Luncheon on Thursday, September 7 th . The September Georgia Power Luncheon, sponsored by Metro Atlanta Ambulance Service featured award presentations to individuals from the Paulding County Sheriff and Fire Departments, Marshall’s Bureau, District Attorney’s Office, E911 Center, the City of Dallas Police Department, the City of Hiram Police Department and Metro Atlanta Ambulance Service. All of the award recipients were submitted by the leaders of their organizations and it was our pleasure at the Paulding Chamber of Commerce to be able to publicly recognize each of these outstanding heroes for their commitment and dedication to the citizens they serve. Bryan Dobbs from Dobbs Defense also presented the Paulding County Sheriff’s Department with a $3,000 check and the Hiram Police department with a $2,400 check.
In addition to the awards, attendees were treated to educational and interactive demonstrations from our Public Safety Heroes including the Paulding County Sheriff’s Office K-9 Division, which is comprised of three dual purpose canine teams. Each team consists of a Deputy and a canine partner. The Sheriff’s Office utilizes the Belgian Malinois breed for all of its canines. Each canine is trained in narcotics detection as well as patrol functions. Patrol functions consist of tracking, area searches, building searches, article searches, and apprehension. K-9 teams undergo rigorous training every year in order to keep their skills at the maximum level. Georgia Power Luncheon attendees were also given an inside look into the Paulding County Sheriff’s Department SWAT team leaving us all with a greater appreciation for the sacrifices that our Public Safety heroes go through. 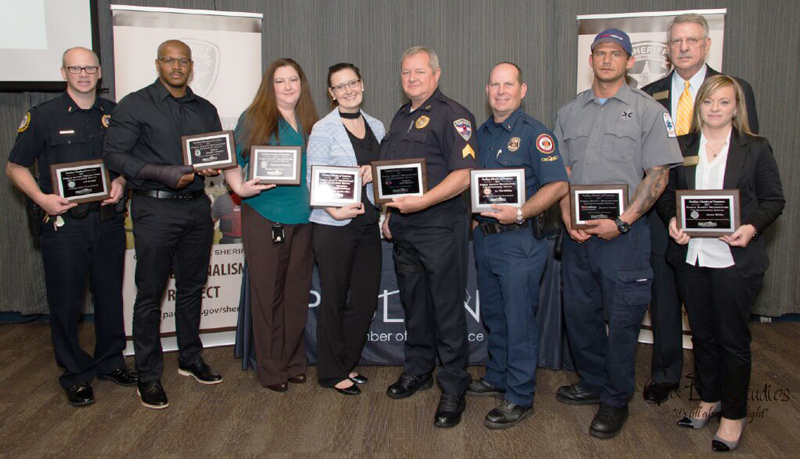 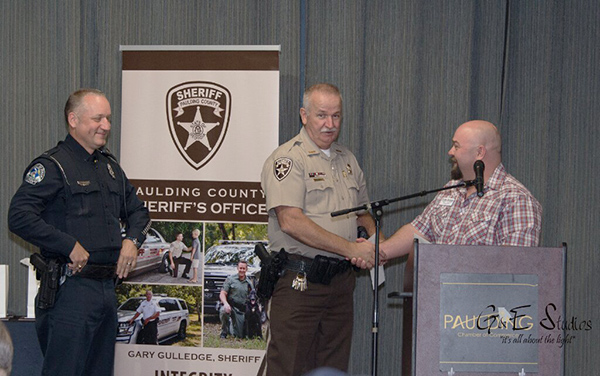 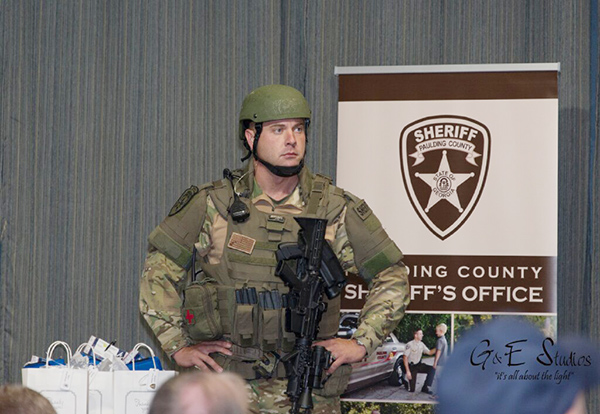 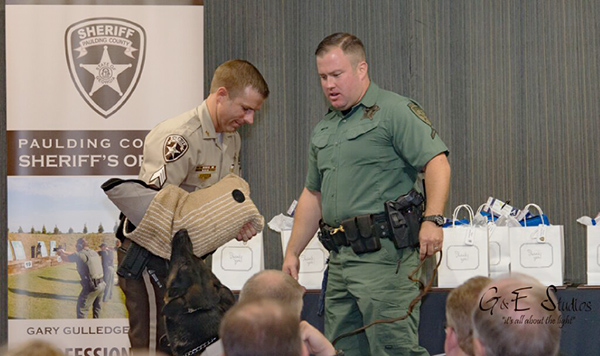