Paulding’s E-911 communications center has made the transition of staff and full operations into its newly constructed facility on Industrial Blvd in Dallas. County officials referred to the finished product as being among the best in the state.
E-911 Director David Mumford updated Paulding commissioners during the BoC’s morning session last week on the construction of the now completed headquarters, which broke ground last year and held its ribbon-cutting ceremony following the Board of Commissioners afternoon session in conjunction with the Paulding Chamber of Commerce.
The price tag for the new facility, paid out of SPLOST and E-911 fees, was estimated to be just over $3.2 million, which totaled only about $10,000 over the expected cost, Mumford told Paulding commissioners last week.
The site was said to be the primary choice several years ago when evaluated by county officials. Other plans to construct the new headquarters on airport property were later stifled by litigation surrounding the airport and additionally problems with the expense involved in establishing fiber-optic connectivity at that site, according to Post 3 commissioner Vernon Collett, who attended last week’s ribbon-cutting, along with commissioners Crowe, Pownall and Chairman David Carmichael. 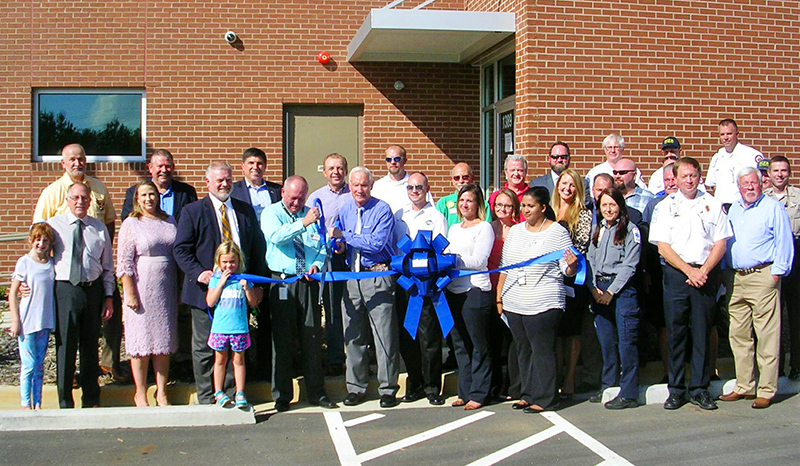 The department had been targeted to transition into its new location at 1389 Industrial Blvd. by the spring, but the actual move-in from the previous location took place on July 25th and went off without a glitch, or interruption in service, Mumford said.
Mumford explained in a previous update to the board that the staff in the new location will now have the capability to expand the staff from eight positions to 13, should that be needed. An upgrading of the computer-aided dispatch (CAD) system to Next Generation and an updated emergency dispatch medical protocol has standardized “how we ask questions and how we dispatch” Mumford told the board last year.
Mumford also told Paulding commissioners last year in a November session that the upgraded phone system has an offsite back-up in the event that staff is forced to abandon the main facility. “I can honestly say that we’re moving into something state-of-the-art; with the equipment we already have and recent upgrades that we’ve done, along with the new stuff we have coming into the building,” Mumford said.
In 2016 Paulding’s E-911 department fielded an average of about 318 dispatch calls every 24-hours, with the total call volume approaching 300,000. Use of text messaging has also continued to rise since it has become available, Mumford said. 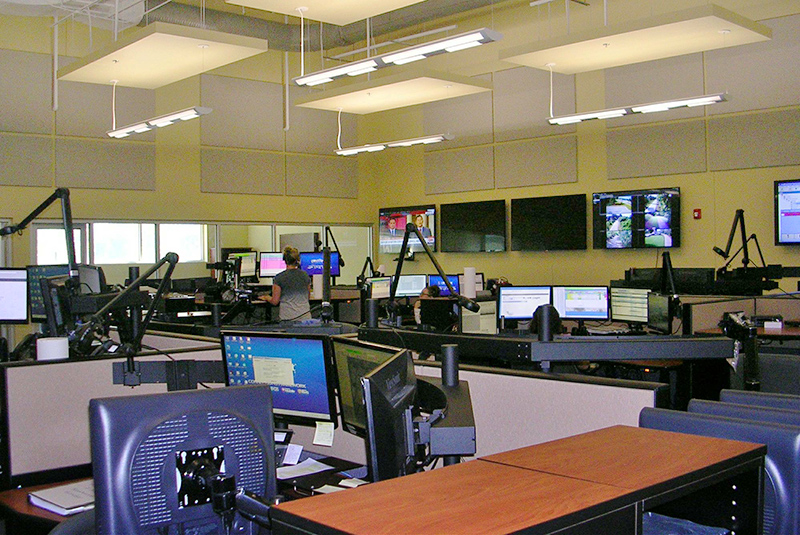 ONLINE AND ON CALL: Inside Paulding’s newly completed state-of-the-art E-911 communications center in Dallas. Operations can be expanded with several additional staff, if needed, according to E-911 Director David Mumford. (Photo: R.Grant)