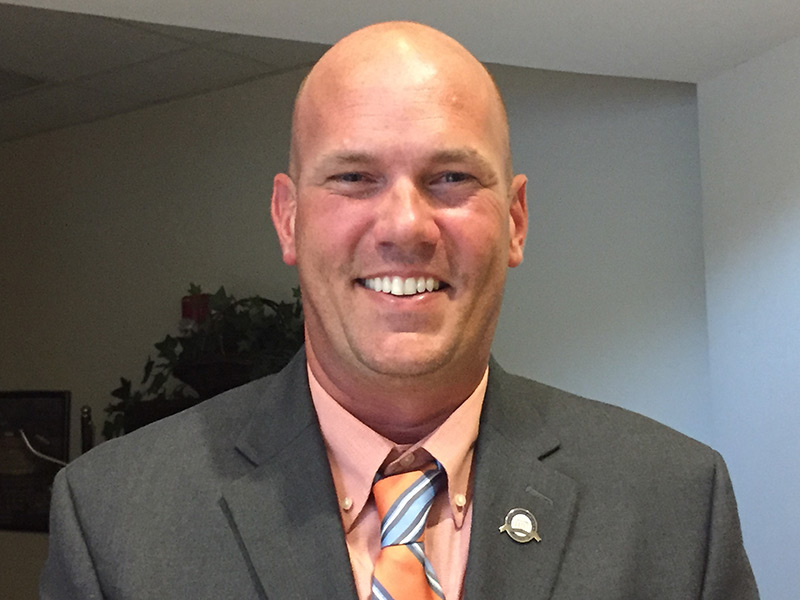 ATLANTA, GA (January 24, 2017) – Marc Pedersen, Ed.S. of Paulding County High School in Dallas, GA has been selected as the 2017 Georgia Bio Biotechnology Teacher of the Year.
The Teacher of the Year award recognizes excellence in STEM teaching and support for the biotechnology pathway, part of Georgia’s Career Clusters, by a current high school biotechnology teacher. The award winner is nominated by peers and selected by the Georgia BioEd Institute Board of Advisors.
Marc Pedersen has been a science teacher at Paulding County High School for the past 12 years where he has taught science content ranging from biotechnology to chemistry, environmental science, and physics. Mr. Pedersen earned a B.S. in science education from Indiana University, a M.S. in biology from the University of Wisconsin-Milwaukee, and an Ed.S. in teacher leadership from Piedmont College.
As a published research scientist and former molecular ecologist, Mr. Pedersen brings his expertise and passion for biotechnology into the classroom. In addition to teaching the biotechnology pathway curriculum, his students are conducting exciting and innovative research. Currently, Mr. Pedersen’s students are using newly emerging molecular techniques such as environmental DNA, CRISPR-Cas9 genome editing, and DNA barcoding of Georgia aquatic species. His students are encouraged to publish their research and to enter various competitions throughout the year.
“Teachers like Mr. Pedersen are helping to prepare students to enter the STEM workforce and become tomorrow’s biotech industry leaders,” said Jordan Rose, Executive Director for the Georgia BioEd Institute. “His enthusiasm encourages young minds to see themselves improving the world through biotechnology.”
Mr. Pedersen has received numerous recognitions for his dedication and commitment to education. Having been named the 2013 Paulding County School District teacher of the year, he went on to become a 2015 Georgia Teacher of the Year finalist and he now serves as president-elect of the Georgia Teachers of the Year Association. Last June, Mr. Pedersen was recognized nationally by the Biotechnology Institute as the recipient of the 2016 BioGENEius Mentor Award, which was awarded during the Biotechnology Innovation Organization International Convention in San Francisco, CA. In September, Mr. Pedersen received the 2015 Presidential Award of Excellence in Science Teaching. This is the single highest honor a science teacher can receive in the United States. Most recently, Mr. Pedersen was named a 2016 Claes Nobel Top Ten National Educator of the Year, which is an award given through the National Society of High School Scholars.
Mr. Pedersen is dedicated to all facets of the teaching profession. He shares his pedagogical strategies and research with other educators at conferences and seminars nation-wide. He has also served on numerous committees and advisory boards, such as the Governor’s Teacher Advisory Committee and the State Superintendent’s Advisory Council. He is an inaugural member of the Georgia BioEd Institute’s Teacher Advisory Council.
Mr. Pedersen will be honored at the Georgia Bio Annual Awards Dinner, January 26, 2017 from 6 pm to 9 pm, at the Westin Atlanta Perimeter North. Other leading companies, executives, researchers and dedicated individuals will receive Georgia Bio Awards. Learn more and register at www.gabio.org.