The Medal of Heroism is the highest ROTC award a cadet can receive. An act of Heroism must be performed to earn this award and also it must set the cadet apart from the others and involve acceptance of danger.
During JROTC tryouts Freshman, Oscar Ramirez was running when he collapsed. Hearing this news Senior, Brain Ray ran to his aid, Putting him in the shade. Remaining calm in this dangerous situation Brain undid Oscars clothing and poured water on him. Brian Ray gave him water till paramedics arrived taking him to the hospital. Oscar Ramirez suffered a heat stroke and Brain had saved his life.
Brain Ray received the award November 14, 2017, at the Paulding County School District Board meeting where he stood with family members, Board members, his teacher Master Sgt. Briggs, and other U.S. soldiers. Brain Ray plans on joining the Marines after high school. 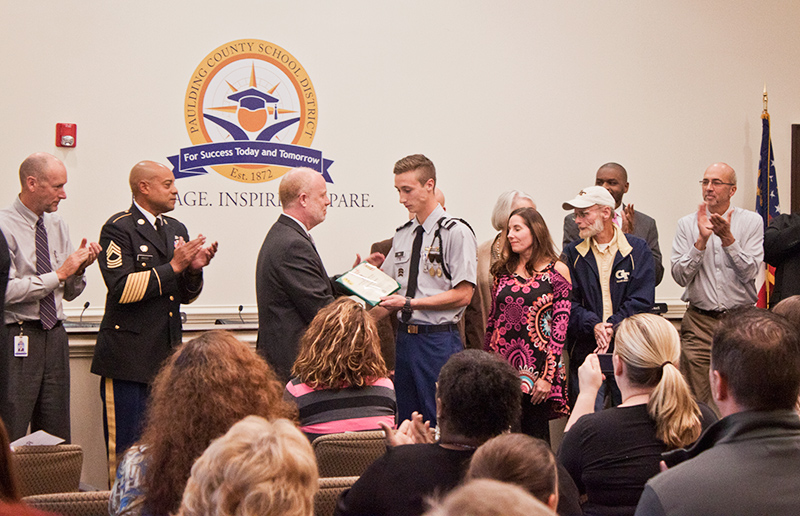