Morgan Hunton, a senior at East Paulding High School, was recently selected as one of the nations top 125 high school marching band seniors from thousands of applicants to participate in the 2018 U.S. Army All-American Bowl. She will receive an all-expense paid trip to San Antonio to march in the Alamodome during halftime of the All-American Bowl and is one of 24 color guard members selected. Morgan broke her hand in April of 2017 while performing one of her first tosses during SAPA Championships, and was in a full hand cast when she auditioned. Morgan is only the second student from East Paulding to be selected as an All-American.
Morgan has been accepted at Jacksonville State University and plans to spin with the Marching Southerners next fall. She will be auditioning for a World Class Drum Corps and will spend the entire summer performing all over the country.
“Being a successful band member not only requires great skill, but also a commitment to teamwork,” said Mark S. Davis, deputy assistant secretary of the Army for marketing. “To be an Army All-American requires students to excel musically and academically, but most importantly, as young people of character. The U.S. Army is proud to honor all of our talented 2018 U.S. Army All-American Marching Band members and commend each of them on their selection to this elite group.” Congratulations Morgan! 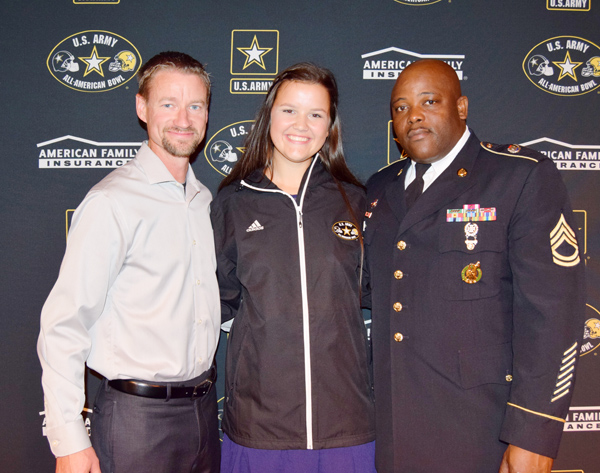