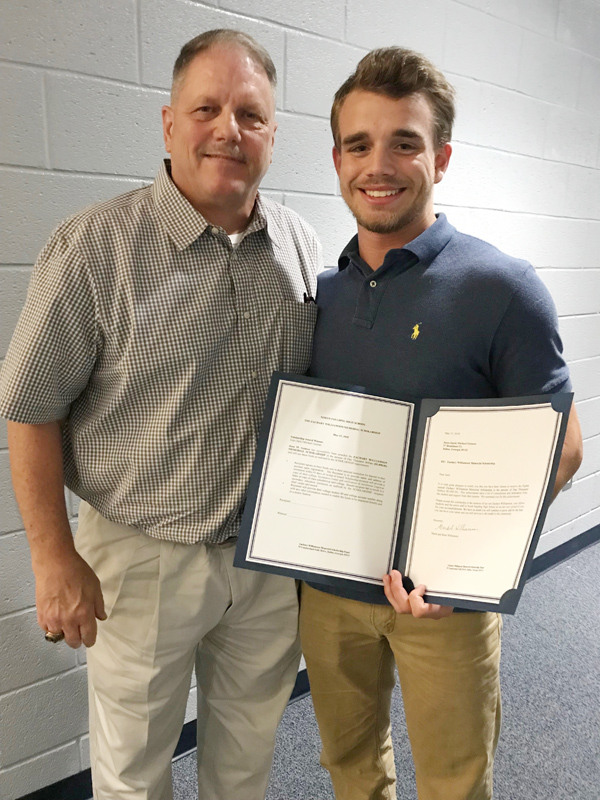 Congratulations to Jonn “Jack” Geiman who was awarded the 8th annual Zachary Williamson Memorial Scholarship. Jack is a senior graduating this year from North Paulding High Schools Class of 2018 in Paulding County, GA. The Zachary Williamson Memorial Scholarship Fund was developed to honor the memory of Zachary Williamson whose life was ended August 14, 2010, when he was killed in a car accident off of Old Cartersville Road in Dallas, GA. Zach was on the NPHS football and wrestling teams and his love for sports and his fellow classmates are the reason his parents Mark and René Williamson established the scholarship fund. Each year, in memory of Zach, a student-athlete at NPHS is recognized with a $1000.00 scholarship to honor the students’ commitment to outstanding character, excellence in the classroom, above average morals and dedication to their sport. Jack Geiman is a student with impeccable character who gives his all to everything he does. Jack will be attending West Georgia Tech in the fall pursuing a degree in Mechanical Engineering. Donations to the Zachary Williamson Memorial Scholarship Fund can be made to any BB&T Bank.