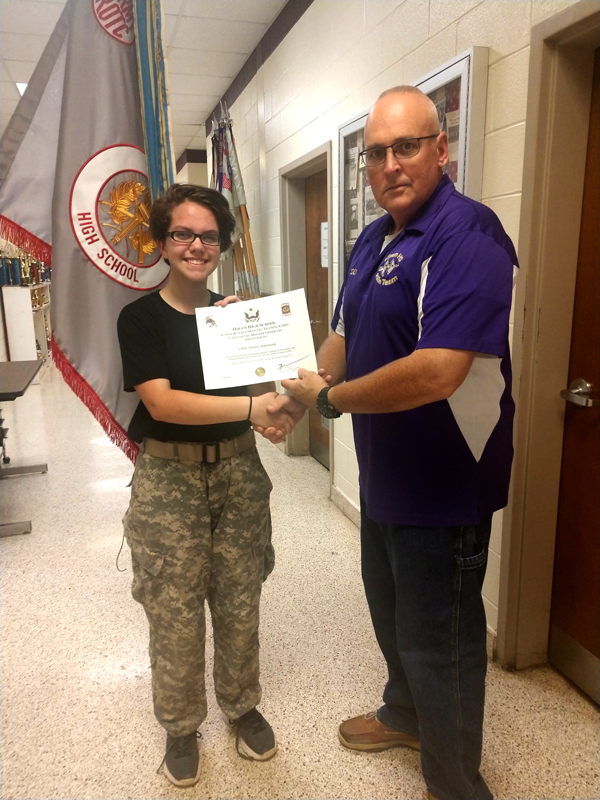 Each month the most dedicated and committed first-year cadets from each of the three companies are selected to compete against one another for the title Cadet of the Month. Freshman Cadet Private First Class Armstrong, Ainsley has shown extraordinary motivation within the Hiram High School Stinger Battalion through her participation on the raider team and claiming the title Cadet of the Month for August 2020. On September 4th of 2020, Ainsley received her Cadet of Month certificate along with her ribbon and cord to be placed on her uniform. Ainsley also received enough promotion points from this event to rank up to a Private First Class; formerly being a Private.