Lady Patriots advanced passed the first round of the State playoffs

LADY PATRIOTS ROLL IN ROUND 1

This is uncharted waters for the Paulding County Patriots soccer program. The Lady Patriots have never won a region crown or advanced passed the first round of the State playoffs. So each time out they are setting new records. This may explain a bit of nerves they experienced as they hosted Southwest Dekalb in round 1. After 16 minutes of play the score remained 0-0. Then the flood gates opened and the Lady Patriots went to work. Michayla Barnes broke the drought and the rout was on. In the next 52 minutes the Patriots tallied 9 more goals and won the game via the mercy rule 10-0.
The Lady Patriots will host Starr's Mill High from Fayetteville on Tuesday in what should be a much tougher contest. 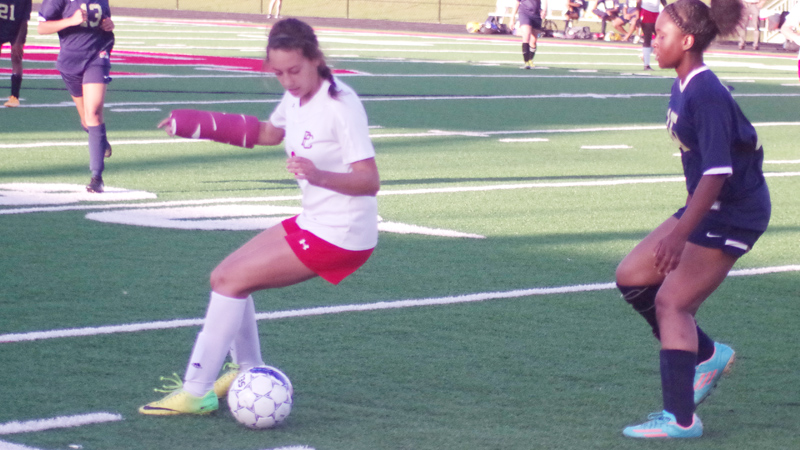 ​Nicole Frey with a cast on her arm, showed some fancy footwork against Southwest Dekalb leading the Patriots with 3 goals in the 10-0 victory.​

Brooke Fitzgerald on a break away in the first half.