The South Paulding Spartans season came to a close on Friday night as they fell to the Harrison Hoyas of Kennesaw by losing both games of a doubleheader in the first round of the state playoffs, The hosting Spartans had game one in hand but yielded 5 runs to the Hoyas in the 7th inning to lose 9-5. In the nightcap, the Hoyas Matthew Bollenbacher's pitching stymied the Spartan bats and they fell 3-0. Congratulations to the Spartan coaches and players on a successful season and continued success in the future. 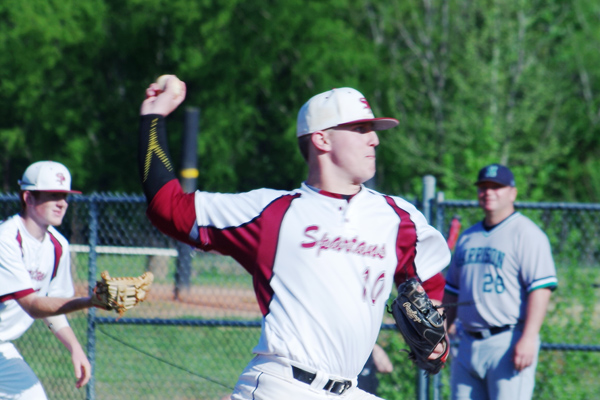 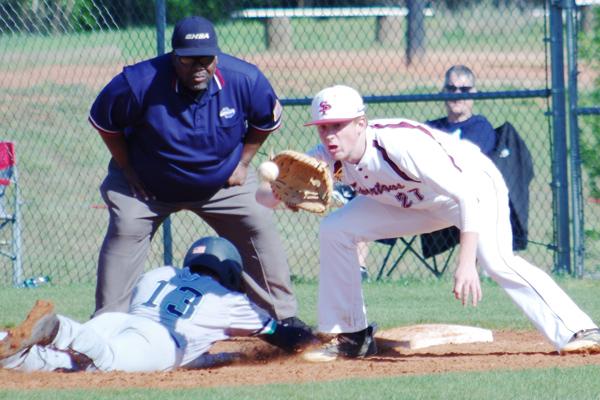 Tyler Clayton tries to nab a Hoya from his 1st base position. 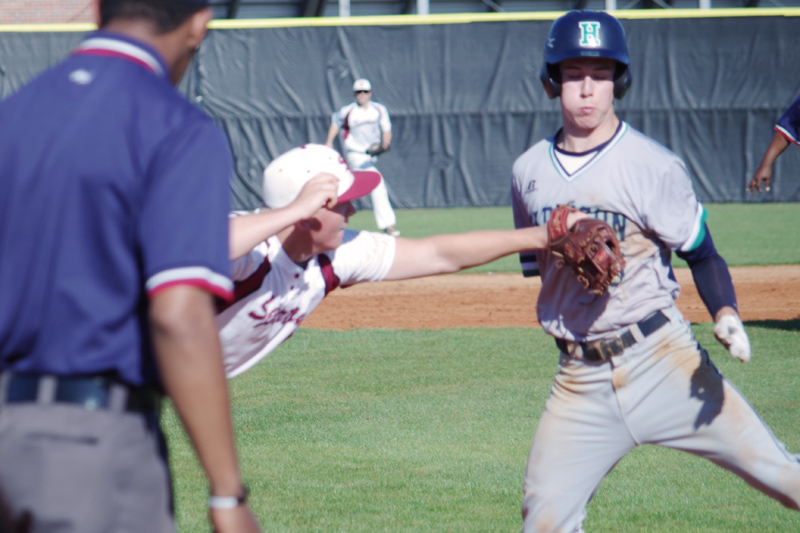 EAST PAULDING FALLS TO LOGANVILLE- The East Paulding Raiders traveled to Walton County and their season came to an end at the hands of the Loganville Red Devils in a doubleheader. The Raiders fell 14-0 in game one and succumbed 2-0 in the nightcap. Congratulations to the Raiders on a good season.

NORTH PAULDING ADVANCES - The North Paulding Wolfpack showed their resilience and fortitude as they lost game one to the home-standing Walton Raiders 5-4, but then the Wolfpack bounced back and won game 2 in 10 innings 3-2. The Saturday game was even more resilient as the Pack trailed 6-1 going into their last at bat. The Pack pushed 5 runs across the plate to send the game into extra innings again where they prevailed 7-6. The Pack will now travel Thursday to face the Cougars of Newnan in a doubleheader slated for Thursday.